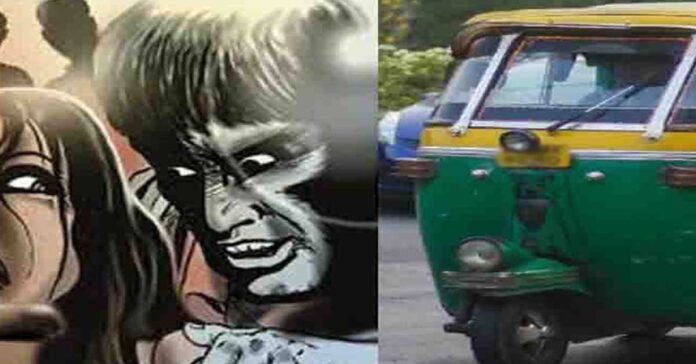 When the complaint was given, the police officials of both Ghatkesar and Keesara police stations refused to take up the case and argued over jurisdiction.

A BPharm student who was heading home from her college located in Kandlakoya, was kidnapped and raped by an auto driver on Wednesday. The auto driver is supposed to be intoxicated, and high on ganja as well. He abandoned her along the main road at Jeedimetla in the Keesara police station limits.

The girl, who had been disrobed, came on to the road and requested the locals to help her. Some people informed the police who came to the spot and shifted the victim for medical treatment.

She is currently being treated in a private hospital near Medipally. The victim’s parents were also informed. Police say the auto driver forcibly detained the student and raped her behind the bushes. He fled from the spot leaving the victim in an unconscious state.

Cases have been registered under relevant sections and police are verifying footage from nearby CCTVs to identify the accused. They also collected samples from the scene of offence. Police are also probing if more than one person was involved in the rape.

Initially, the police officials of both Ghatkesar and Keesara police stations refused to take up the case and argued over jurisdiction.

Later, after instructions from senior officials, Keesara police took up the case. During their initial probe, police found that the accused is known to the victim. They said the accused to take advantage of the fact that the victim was travelling alone and sexually assaulted her. The crime took place in an area between Rampally and Jeedimetla.

Meanwhile, Tribal Welfare Minister Satyavathi Rathod expressed shock over the incident. She instructed Rachakonda Commissioner Mahesh Bhagwat to immediately trace the auto driver and arrest him. Rathod also spoke to Medchal MLA Ch Malla Reddy and Women and Child Welfare Commissioner Divya Devarajan and directed them to provide all help to the victim.

In a shocking incident in Hyderabad, Telangana, a 4 year old girl from the D.A.V public school...
Crime

A 17 years minor girl was allegedly gang raped in a moving car by a group of...
News

A woman raped and brutalizer inside a stationary tempo in suburban Mumbai, Sakinaka in the early hours...