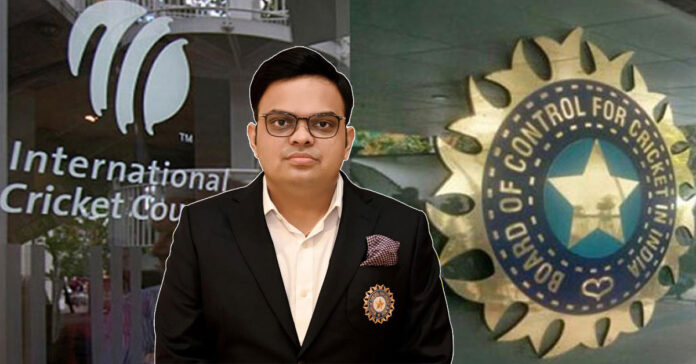 BCCI Secretary Jay Shah, son of Home Minister Amit Shah is being trolled on Social Media. Everyone knows that he is a product of nepotism. Though he is the Secretary of BCCI, he never made any announcements till now.

The Board of Control for Cricket in India (BCCI) announced Team India for the upcoming T20 World Cup. In addition to this, former captain Mahendra Singh Dhoni will join the team as a mentor.

Consequently, the BCCI secretary Jay Shah announced this. Everyone were shocked to hear him. It is understood that he was making the announcements, with the use of a prompter. Hence, he is being trolled for the way he announced Mahendra Dhoni’s joining the team.

💬 💬 Mr. @msdhoni will join #TeamIndia for the upcoming #T20WorldCup as a mentor.

The announcement from Mr. @JayShah, Honorary Secretary, BCCI, which made the entire nation happy.👍 pic.twitter.com/2IaCynLT8J

In the video shared by BCCI, Jay Shah can be seen speaking very carefully. He got stuck in each sentence. It was very obvious that he was unable to read the information written in front of him.

He is seen speaking English that ,’we are very happy that Mahendra Singh Dhoni has accepted our request and will mentor the team’.

Congress MP Rahul Gandhi today roared against the Prime Minister Narendra Modi. He claimed that it was...
Entertainment

Sabaash Mithu is an Indian film based on biographical sports drama. It's a tribute to the former...
Awareness

A group of unemployed youth from the Molipur village, Gujarat started a setup of fake IPL.  They...
News

Mithali Raj "The Lady Tendulkar of Indian cricket" announce her retirement from all formats of international cricket...
News

Australian Legendary Cricketer Shane Warne passes away at 52. He was found unresponsive in his villa in...
Health

The young man who sent rape threats to Virat Kohli's nine-month-old-daughter, Ram Nagesh is a graduate from...
News

Prakash Bhagat, A Ranji Trophy player from Assam is forced to sell tea from the roadside stall...
News

T20 World Cup To Be Shifted to UAE: BCCI Confirms

T20 World cup scheduled to held in India is being shifted to UAE. According to sources, this...
News