Siraj Haqqani, Interior Minister of Afghanistan with 5 million bounty on his head 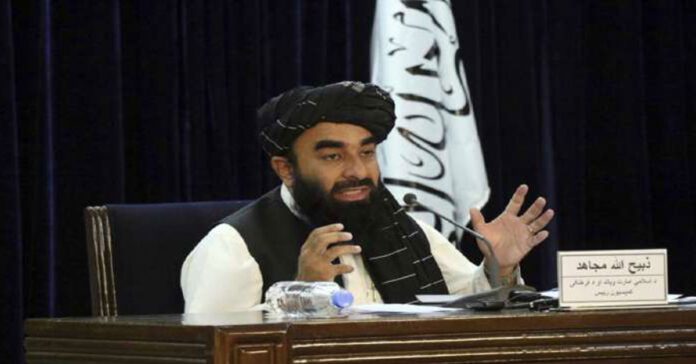 After three weeks of its conquer on Kabul, Taliban on Tuesday announced an “interim government” of “Islamic Emirate Of Afghanistan”.

Unsurprisingly, the interim government has all-male cabinet. The major portfolios are given to senior Taliban figures. Few of them are notorious for attacks on US forces over the last two-decades.

One of the notorious Taliban leaders is Sirajuddin Haqqani, the leader of the Haqqani network, a sub division of the Taliban organization.

Consequently, Sirajuddin Haqqani is a most wanted terrorist by the US Department of State, which offers a reward of up to USD 5 million for information leading directly to the arrest of him.

In addition to this, it is known that he stays in Pakistan. The Miram Shah area in North Waziristan and maintains close ties to the Taliban and Al Qaeda.

He is the most wanted for questioning in connection with the January 2008 attack on a hotel in Kabul. Six people including an American were killed in this attack.

Furthermore, he is believed to be the master mind behind the cross-border attacks against the US and coalition forces in Afghanistan.

Haqqani is a son of Jalaluddin Haqqani, a Pashtun Mujahid. He was a military leader of pro-Taliban forces in Afghanistan and Pakistan.

In fact, Haqqani has admitted and confessed to be the master mind of January14, 2008. He is also the master mind in the assassination attempt on former Afghanistan President Hamid Karzai in April 2008.

Apart from  this, is network is accused of carrying out the late December 2008 bombing in Kabul at a barracks near an elementary school that killed several schoolchildren, Afghan soldier and guard.