The angry youth are demanding the withdrawal of the new short-term recruitment scheme. 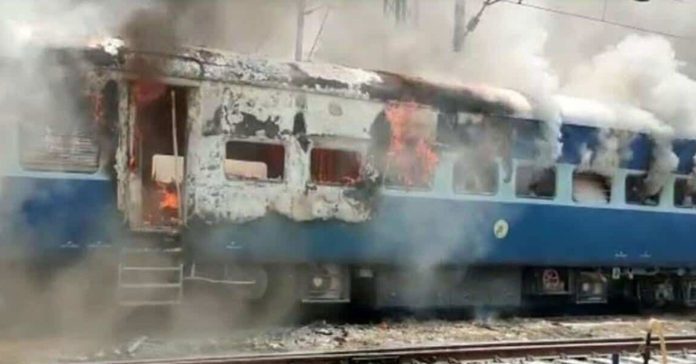 The introduction of mega recruitment scheme ‘Agnipath’ in India made protests turn violent against the scheme. This went viral all over the media and became trending and hot topic of the nation. The protesters and the police pelted stones at each other in the Jehanabad railway station.

Protesters against Agnipath, a recruitment process for the armed forces set a stationary passenger train engine on fire in Ara. Such incidents of vandalism as protests against the Agnipath scheme were reported in Chhapra, Munger, Bhagalpur, and Nawada.

The army aspirants blocked rail and road traffic in more than half a dozen districts in Bihar on Thursday. Furthermore, they vandalized some shops and private establishments.

Protesters are demanding the old system of recruitment.

Protests against Agnipath turn violent in several parts of Bihar for the second consecutive day.

A video of burning train in bihar was became viral all over the internet. Take a look over it

The angry youth are demanding the withdrawal of the new short-term recruitment scheme. Violent protests have now spread to multiple states across the country.