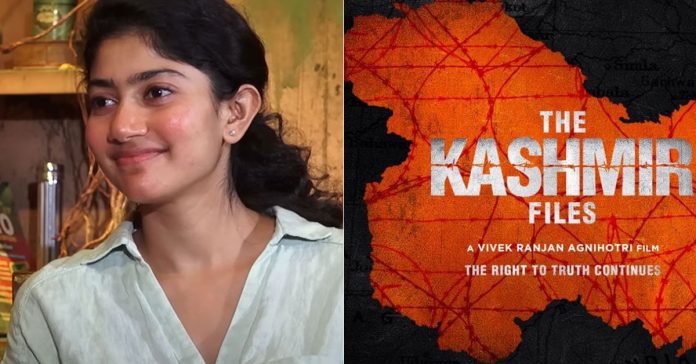 While speaking in an interview with a YouTube channel, she said, “The Kashmir Files showed how Kashmiri Pandits were killed at the time. If you are taking the issue as a religious conflict, a recent incident happened where a Muslim driver, who was transporting cows, was beaten up and forced to chant ‘Jai Shri Ram’. So, where’s the difference between these two incidents?”

Meanwhile, sharing about her political views, Sai Pallavi said that she grew up in a neutral family. Moreover, she said that she was taught that being a good human being is more important.

Sai Pallavi is currently promoting her upcoming Telugu film “Virata Parvam”. The movie  also stars Rana Daggubati. The film is based on true events from the Naxalite movement in the Telangana region in the 1990’s.