Why does Arnab’s arrest have selective outrage by BJP? 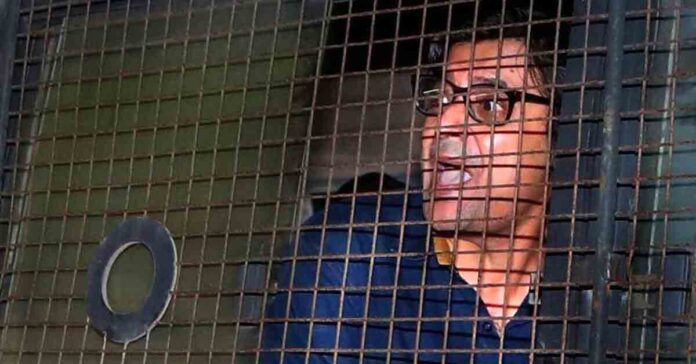 Intellectuals are shocked with selective outrage by the government and BJP and it is unwarranted. BJP has blamed the Congress over the arrest of Republic TV owner and Chief Editor Arnab Goswami.

Arnab has brought disrepute to journalism and was working as a BJP front and hurling abuses on individuals and making allegations. Is he a judge or a jury to hold media trials? what type of Journalism is he is doing?

BJP is silent when many independent journalists are persecuted then why does the BJP keep silent. Many journalists like Prashant Kanojia and Supriya Sharma were booked by the Uttar Pradesh government over tweets and reports.

No one needs to worry as no action will be taken if anyone is innocent and “law will take it own course”.

BJP president and Prakash Javdekar stooped down to compare the arrest of Arnab to the emergency days by BJP. In fact, the BJP should be shameful to speak on media freedom and the way they are controlling the media with intimidation and fear.

Few events in Indian media have proved as contentious as the arrest of a television anchor in Mumbai on charges of abetment to suicide and his remand in judicial custody.

But when the police in Maharashtra’s Raigad decided to arrest Arnab Goswami, Editor-in-Chief of the Republic TV network on Wednesday.

They opened themselves to the charge that they were extracting a price for what the state government considers repeated verbal assaults by the channel on its leaders and police officers.

Mr. Goswami in particular, and Republic TV, in general, can be accused of displaying undue bias in their coverage of events in Maharashtra, especially the death of an actor, is not in doubt.

That the state government has shown disproportionate interest in targeting the channel and its head, especially allegations of doctoring ratings and now in the matter of a 2018 suicide, is just as evident.

Some facts are not in dispute. An architect, Anvay Naik and his mother did die in 2018. He did leave a suicide note blaming non-payment of dues by Goswami and two others for the act.

Before taking the extreme step, the architect did write to Goswami asking him to settle his dues and said it was a matter of life and death. The Maharashtra Police, then under a Bharatiya Janata Party dispensation, did file a closure report in the case, citing insufficient evidence.

Is a suicide note sufficient to prove Arnab guilty?

The police and the prosecution have to follow certain standards to successfully convict a person for the abetment of suicide is quite strict.

The courts have repeatedly held that for a successful prosecution, there needs to be “intention and involvement of the accused to aid or instigate the commission of suicide.”

ALSO READ: Free Speech Has Been Attacked Before Too, but Arnab gets the cream