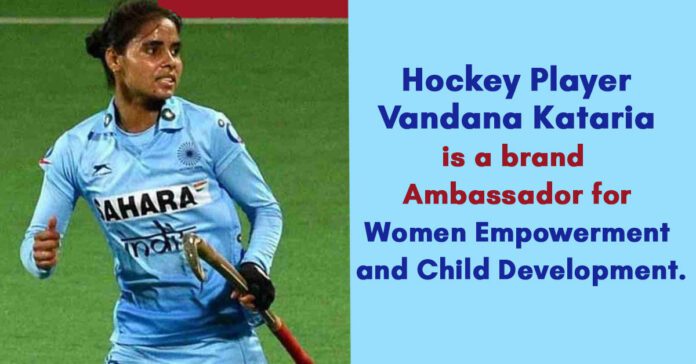 He announcement came as a surprise in a programmer. This programmer was  organized to felicitate the recipients of the Tilu Rauteli Award and the Anganwadi Workers Award. This was held at the IRDT Auditorium at Survey chowk on Sunday.

Subsequently, the Sports Minister of Uttarakhand, Arvind Pandey, visited Vandana katariya’s house. He met her family and wished her a good future ahead.

Moreover, the Sports Minister honored Vandana’s family by presenting them with bouquets and shawls. Her family was honored in recognition of their daughter’s accomplishment.

“Vandana is a role model for today’s youth, and everyone should learn from her. Players will soon come from all around Uttarakhand, inspired by her” said the Minister.

He further added, “The Uttarakhand government enacted a sports policy under which government jobs are earmarked for athletes who win medals at the international and national levels. Separate funds are also being arranged for training the players.”

“We are proud that Uttarakhand’s daughter Vandana Katariya made an unforgettable contribution to India’s great performance in women’s hockey at the Tokyo Olympics. In recognition of this, she would be given a cash reward of Rs.25 lakh,” said the Chief Minister.