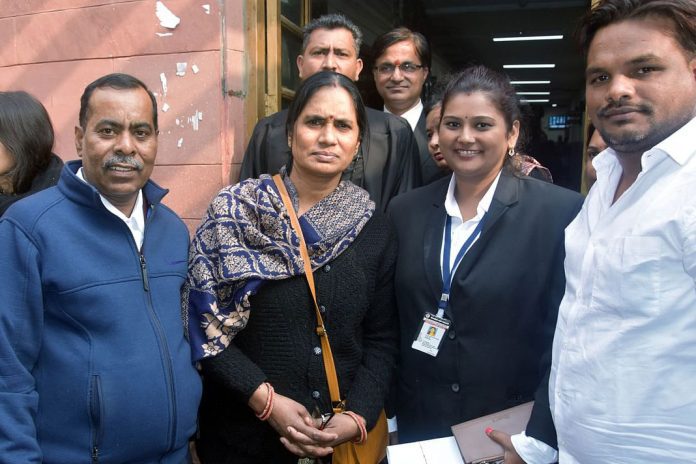 Nirbhaya’s case : It’s the last hope for nirbhaya’s case,  a fresh date has been issued for the execution of nirbhaya gang rape convicts by a Delhi court. The four convicts of the nirbhaya  gang rape case ill be executed on March 3 at 6.00 am. This fresh date was issued by Patiala House court on Monday.

The petitions filed by the convicts have been struck off by the court. Only the curative, as well as a mercy petition of Pawan Gupta, is still pending in nirbhaya’s case.

Nirbhaya’s mother said that she was very positive that the convicts will be hanged on March 3. She said that thought the has been issued finally but she is still apprehensive about any more postponement as this is the third time that it has been postponed.

Nirbhaya’s father was hopeful that this move by the court would prove that justice will be served sooner or later.

Mukesh Kumar (32), Akshay Singh (31), Vinay Sharma (26) and Pawan Gupta (25) are the four convicts who were issued death sentences twice before but had to postpone after one of the convicts filed a fresh plea in case.

All the legal remedies of all the other convicts have exhausted except for Pawan Gupta, which can delay or change in judgment.

In a fresh development, Mukesh Kumar Singh does not want to be represented by Vrinda Grover hence another advocate was appointed. it was also informed to the court that Vinay Sharma is on a hunger strike in Tihar jail.

Vinay ‘s lawyer informed the court that he was assaulted in jail and had head injuries and was suffering from acute mental illness and hence pleaded the judge to carry out the death sentence later. The court has directed the Tihar Jail Superintendent to take proper care of Vinay as per law in nirbhaya’s case.

Pawan Gupta, another convict’s counsel told the court that he would move for a curative petition before the Supreme Court and the mercy plea against the death sentence before the President. He is the only convict who has the option of filing a mercy plea.

Akshaya Kumar’s counsel also informed the court that he would file a fresh mercy petition to be moved before the President.

Nirbhaya Rapist’s Lawyer maligns Victim’s Character, after he lost the Nirbhaya case and the four convicts in...