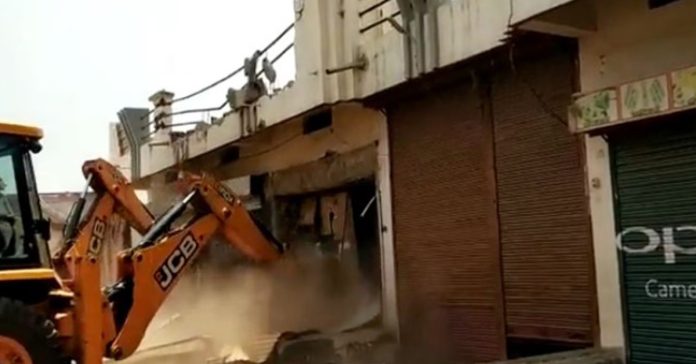 The Madhya Pradesh government, demolished the houses of the accused involved in the Ram Navami violence. This action is to recover the damage caused in the incident.

The government has taken this decision to recover damages caused to properties by demolishing their houses. There was stone pelting during the Ram Navami procession on Sunday. However, all the houses belong to the minority group only.

Speaking to NDTV, Commissioner of Indore division, Pawan Sharma said, “84 people have been arrested. The rioters will not be spared. Instructions have been given by the CM and actin is being taken accordingly”.

He also added, “Three employees have been fired, and one has been suspended for giving misleading information on social media. The government has a zero-tolerance policy in this matter. Under this 84 people have been arrested”

During the Ram Navami procession, stones were pelted in Khargone in Madhya Pradesh. Then, the police fired tear gas to control the situation.

According to various reports, the pelting of stones triggered arson and torching of some vehicles and houses, a senior official said. In addition to this, three policemen were injured in the clash.

Curfew was imposed on the intervening nights of Sunday and Monday in the entire city of Khargone.

Furthermore, Madhya Pradesh Chief Minister Shivraj Singh Chouhan on Monday said that the police identified the rioters of the communal violence in Khargone. Hence, they will not be spared.