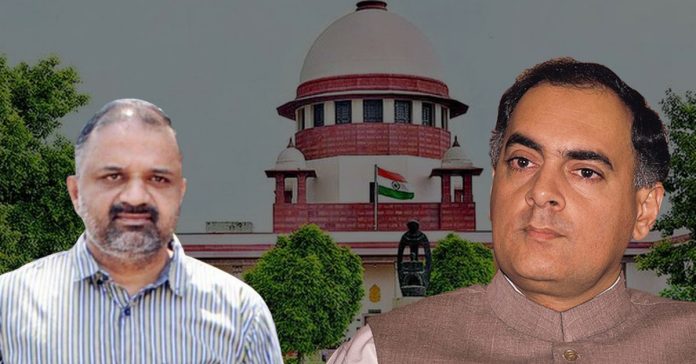 AG Perarivalan, one of the convicts in the Rajiv Gandhi assassination case is released after 32 years.

The Supreme Court issued orders on Wednesday, 18 May to release AG Perarivalan. The SC invoked powers under Article 142 of the Constitution. Perarivalan is accused of bringing two 9-volt ‘Golden Power’ battery cells for Sivarasan, the master mind in the conspiracy.

It is known that these two cells were used in the bomb that killed Rajiv Gandhi on May 21 that year.

According to The Quint, Perarivalan, was arrested on 11 June 1991. He was only 19 years old then. Since then, he spent 15 years on death row and a total of almost 24 years in solitary confinement in prison.

According to NDTV, Perarivalan has a very good conduct record in jail. It is said that he had earned several academic qualifications during the long incarceration. In addition to this he also authored a book.