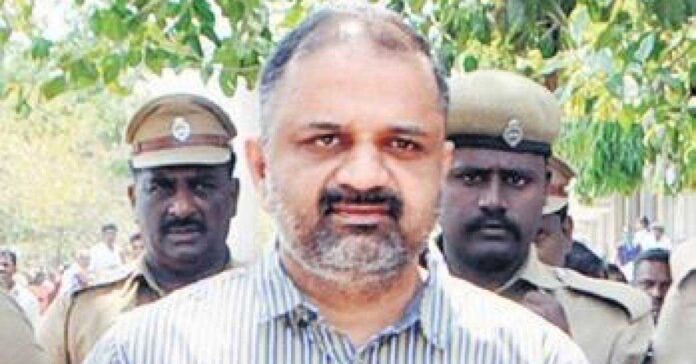 30-day parole has been granted to Rajiv Gandhi Assassin, AG Perarivalan by the Madras High Court.

A few months ago, his mother Arputhammal, had sought 90-day parole for his treatment and given his existing health conditions. She requested the court  on humanitarian grounds giving her son’s prevailing health conditions and the high risk, at a time when many of his fellow jail inmates were testing COVID-19 positive.

30-day parole has been granted to Rajiv Gandhi Assassin, AG Perarivalan by the Madras High Court.

The state had refused to grant parole earlier under the exemption available in prison rules, but a Division Bench of Justice N Kirubakaran and Justice P Velmurugan directed the state to grant him parole.

Perarivalan was convicted in 1991. He has been languishing in prison for 29 years.  He has been convicted on the grounds of having provided two 9-volt batteries which were used in the bomb that killed Rajiv Gandhi. It has been established that he merely procured the batteries without knowing about the conspiracy or what the batteries would be used for. Hence, there have been many voices demanding his release.

Earlier, Perarivalan’s counsel had argued that he deserved parole on health grounds, pointing out that the Government’s counter-affidavit too makes mention of the various ailments that the convict is suffering from.

However, the State Public Prosecutor had rejected the same saying that prisoners are entitled to leave only once in two years. It was added that Arivu had been last granted parole from November 2019 to January this year.