Police brutality on display: Cops stab man on forehead with key for not wearing helmet in Uttarakhand 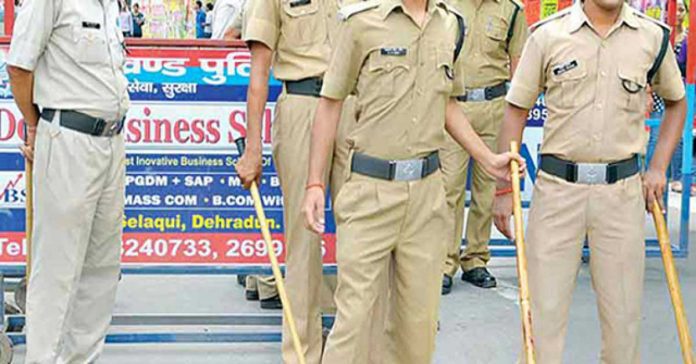 A video of the man with a key entrenched on his forehead has gone viral on social media. The man was later admitted to a hospital with severe injuries.

In another case of alleged police brutality, a young man was allegedly stabbed on the forehead with a bike key by policemen in Udham Singh Nagar district of Uttarakhand.

The incident took place on Monday evening in Rudrapur area when the man along with his friend was riding a motorbike. The victim was stopped by the policemen for not wearing a helmet.

However, an argument broke out and a cop took the key out of the motorbike and stabbed the man with it on the forehead. The three cops were present on the spot for vehicle checking when the incident happened.

A video of the incident is circulating on social media. In the video, the man could be seen with a key entrenched on his forehead and blood oozing out. The victim was seen visibly shaken and could not utter a word as the passersby asked him about the incident.

The victim has been admitted to a hospital with severe injuries.