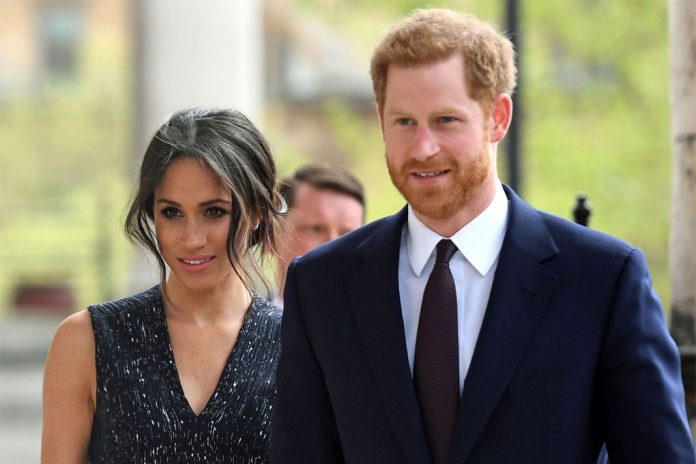 A new book will be produced with the permission of the Duke and Duchess of Sussex – will claim Harry was the driving force behind the split.

Prince Harry will reportedly use a new book to deny claims Meghan Markle was the driving force behind his split from the Royal Family.

It will claim the Duke of Sussex, 35, “dislikes” the term Megxit because it suggests his wife made the decision for him.

But the book will claim Harry was the driving force behind the split – and Meghan asked him if he was sure he wanted to move away.

An insider told  on Sunday: “The truth is Harry had been unhappy for a long, long time.

“He wanted to move in the direction that they did and had been considering it for more than a year.

“Meghan supported Harry’s decision. But there was more than one occasion where she asked him if he was certain it was what he wanted

It has been claimed the duo co-operated on the book, which will go about “dispelling the many rumours and misconceptions that plague the couple”, according to reports.

One of its authors, Omid Scobie, said it had been produced “with the participation of those closest to the couple”.

The description reads: ” Finding Freedom is an honest, up-close, and disarming portrait of a confident, influential, and forward-thinking couple who are unafraid to break with tradition, determined to create a new path away from the spotlight, and dedicated to building a humanitarian legacy that will make a profound difference in the world.”

Initially, it was titled Thoroughly Modern Royals: The Real World of Meghan and Harry before it was revised.

Both of them sensationally stepped down as senior royals at the start of the year and announced they intended to become “financially independent”.

They initially moved to Canada, before settling in Los Angeles where it is implicit that Markle will continue to pursue her acting ambitions.

ALOS READ:  Meghan Markle and Harry ‘sad’ at not being involved in historic Royal Family event

The Royal Affair, worst ever Crisis: Oprah with Prince Harry and Meghan

The Royal family is in the worst crisis ever after Prince Harry with his wife Meghan Markle...