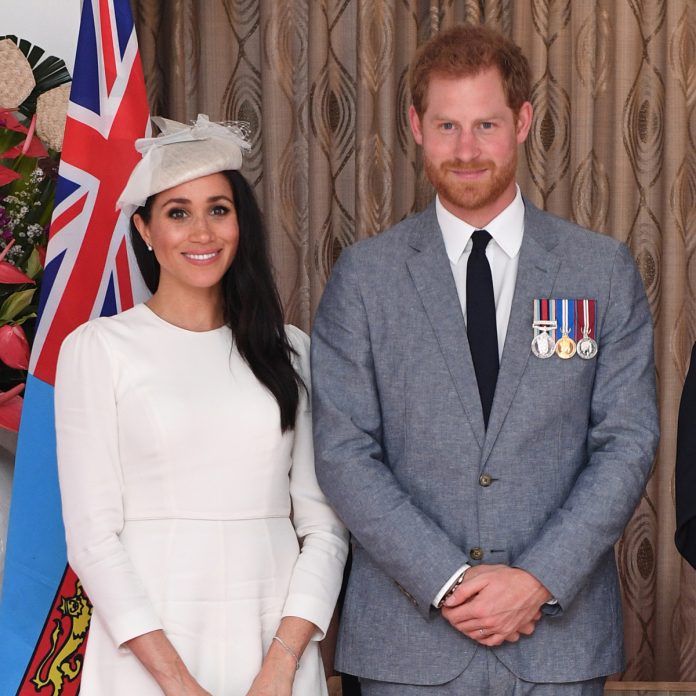 The Sussexes, Meghan Markle and Harry, were absent from a call this week which featured most of the Royal Family, including the Queen, Prince William, Kate Middleton and Prince Charles.

A royal expert believes that Prince Harry and Meghan Markle will have felt a “deep sadness” at not being involved in a historic Royal Family event earlier this week.

To mark the International Nurses Day, several members of the Royal Family– including the Queen, Prince William, Kate Middleton, Prince Charles and Camilla Parker Bowles – had a virtual zoom call on Wednesday

The moving video showed the royals speaking to healthcare workers across the world who are fearlessly on the frontline in the fight against coronavirus.

It is also believed to be the first time that any telephone conversation from the Queen has been aired.

Harry and Meghan were absent from the call, given that they stepped down from their senior royal duties at the end of March.

And Russell Myers, the royal correspondent, believes it would have been a sad moment for the Sussexes.“I can’t help thinking that, as much as they have ‘found their freedom’, they will feel a deep sadness not to be involved in this,” he said on Daily Mirror podcast Pod Save The Queen.

“It’s the Royal Family at it’s very best – all coming together for a common goal.

“This is coming from the very top, the Queen has said everyone must have a united front.

“This may seem very simplistic but it’s the head of the family talking about the future of the monarchy and the way it should be presented right about now.”

While they have stepped back from royal duties, Harry and Meghan have been no less busy over the lockdown period.

Harry appeared on the One Show on a video call last week to talk to the families of WWII survivors involved in the Guinea Pig Club.

Meghan, meanwhile, has pledged her support to a new charity scheme to deliver meals to Londoners struggling under lockdown.

But many of their plans, including the development of their new charity Archewell, have been scuppered due to coronavirus.

“I feel for them a bit,” Russell continued. “No doubt, they were going to launch this big Archewell foundation.

“They had huge plans to be doing a lot of stuff in America and no doubt they would have had plans to come back to the UK, so we were told, over the summer.

“And now all of those plans are just dust.

“No doubt they’re very busy trying to work out what the future holds for them but I can’t help feel there’s a sadness on both sides of the coin, really.”