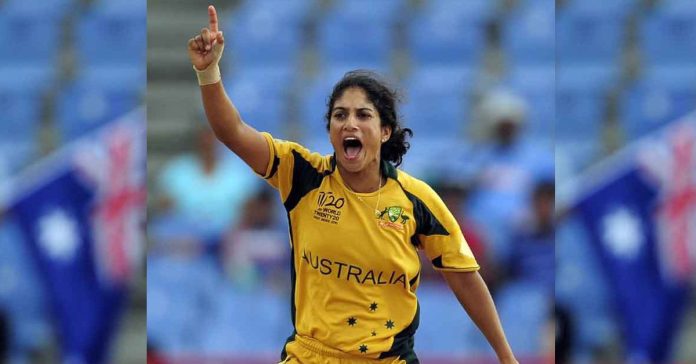 This is the journey of an orphan girl who became the Captain of the Australian Cricket team. Yes, it’s hard to believe, but it is true.

On 13 August 1979, a baby girl was abandoned near the door of an orphanage in Pune, “Srivatsav Orphanage”. The parents were unknown. Someone just threw the baby and fled. However, the manager of the orphanage named this small girl as ‘Laila’.

Luckily, few days later an American couple came to visit India. Haren and Sue wanted to adopt a boy as the couple already had a girl. However, they did not find a boy in the orphanage. On the other hand, when Sue looked at Laila, she fell in love with this girl child. She fell for her bright brown eyes and innocent face.

Very soon, the couple decide to adopt Laila and completed all the legal proceedings and left to America. After reaching US, the couple changed the name of ‘Laila’ to ‘Lisa’. However, after a few years they settled in Sydney permanently.

Haren taught ‘Lisa’ to play cricket as he was very passionate for cricket himself. Lisa started her journey of cricket from her home park to playing with the street boys. She was equally good at academics too. After completing her academics, she concentrated more on cricket.

Lisa Sthalekar is the first woman cricketer to take 1000 runs and 100 wickets in one day. According to the ICC’s ranking system she was world’s number one all-rounder. She also played for Australian World Cup.

Her team won the Cricket World Cup in 2013. However, the very next day she bid goodbye to international cricket. The International Cricket Council (ICC) has inducted Lisa Sthalekar into its Hall of Fame.

As the saying goes, each person comes with their own destiny, this abandoned ‘beti’ from India’s orphanage went out to become the Hall of Fame in Australia. Hats off Lisa Sthalekar, the Captain!

Vinod Kambli, who was once respected more talented than Sachin Tendulkar is now facing financial struggles in...
Inspiring

July 19, On the eve of Balamani Amma birthday, Google celebrates her 113th birth anniversary with a...
International

Over 1.61 lakh Indians gave up their citizenship, know why?

Indians, over 1.61 lakh people gave up their citizenship in 2021. It is the highest in all...
Entertainment

Sabaash Mithu is an Indian film based on biographical sports drama. It's a tribute to the former...
Business

Sushmita Sen, the former Miss Universe, gave a clarification about the post made by Lalit Modi on...
Awareness

A group of unemployed youth from the Molipur village, Gujarat started a setup of fake IPL.  They...
News

Mithali Raj "The Lady Tendulkar of Indian cricket" announce her retirement from all formats of international cricket...
Inspiring

Indian Army has created a history by appointing their first woman officer in the Army Aviation Corps...
Life Style

Indian ex-cricketer and current coach of the Bengal Ranji cricket, Arun Lal is all set to marry...
Load more