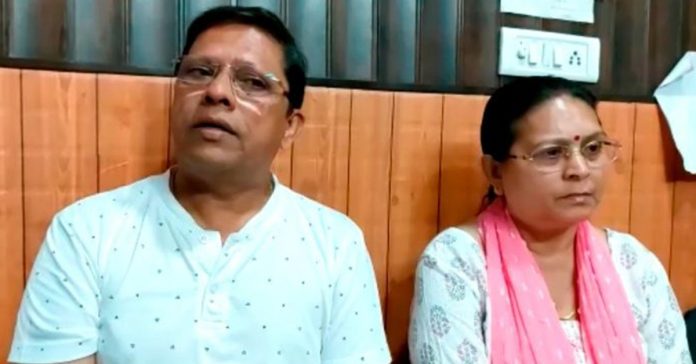 The Indian couple is sues their only son and daughter-in-law for not giving them a grandchild. Their son got married 6 years ago.

Sadhana and Sanjeev Prasad, an Indian couple, who lives in Haridwar, filed a petition against their only son. They filed a petition this month seeking 50 million Indian rupees as damages from their son, 35 and his wife, 31.

This petition in fact brings forth the reality of the society. Young people who settle down in the US after marriage are least bothered about their parents. But this Indian couple have sent waves by filing a petition against their only son.

According to the Indian express the couple is demanding Rs.5 crore as compensation. Moreover, if a baby is not produced within a year. They feel that the grandchild would be something in the nature of a payback for all the money that they “invested” in their son. This compensation includes his expensive education in the US and lavish wedding and the honeymoon trip.

“They said they didn’t marry (their son and daughter-in-law) off so that they can live alone … So they said that in the next year, either give us a grandchild or give us compensation.”

Srivastava said that as the couple ages, “there is no-one to take care of them,” and that “all parents wish to be grandparents one day.”

However, as quoted by CNN, the Prasad’s also bought a car for their son and daughter-in-law, and paid for their honeymoon.

Interestingly, the lawsuit primarily targets the son and daughter-in-law. Moreover, the petition also lists complaints against the daughter-in-law’s family.