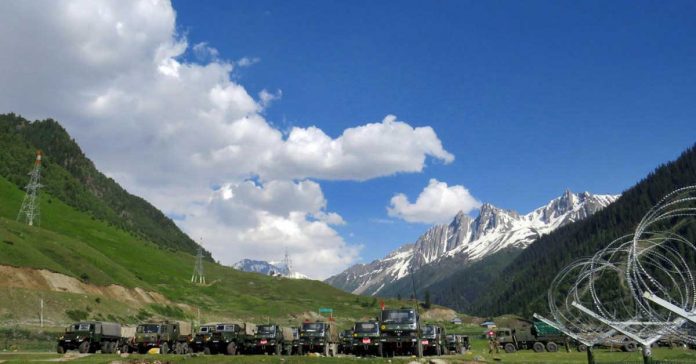 At least three-four Chinese troops were also killed in the violent face-off between Chinese and Indian troops in the Galwan Valley area of Ladakh on Monday night, as per sources. Defence sources privy to the details of the face-off said the Chinese side suffered at least three-four deaths.

An Indian colonel and two jawans were killed in a clash on Monday night with Chinese troops at Galwan Valley in Ladakh.

Army sources say the soldiers were not shot but were killed in a physical fight on Indian Territory that involved stones and batons.

A Colonel-rank officer, Santhosh Babu from Telangana and two soldiers of the Indian Army were killed in the violent face-off with Chinese troops in Ladakh.

According to an official statement of the Army, “During the de-escalation process underway in the Galwan Valley, a violent face-off took place yesterday (Monday) night with casualties on both sides. The loss of lives on the Indian side includes an officer and two soldiers,”

However, contrary to this, a Chinese government spokesman said in a tweet,”Based on what I know, Chinese side also suffered casualties in the Galwan Valley physical clash. I want to tell the Indian side, don’t be arrogant and misread China’s restraint as being weak. China doesn’t want to have a clash with India, but we don’t fear it,”

Meanwhile, China had also asked for a meeting this morning to diffuse tensions. Talks between local military commanders are on since 7.30 am.

The sequence of events.

The talks between the commanders of both the countries began at around 11:30 am on Monday at...
International

The violent face-off with the Chinese soldiers resulted in the martyrdom of a senior officer of the...