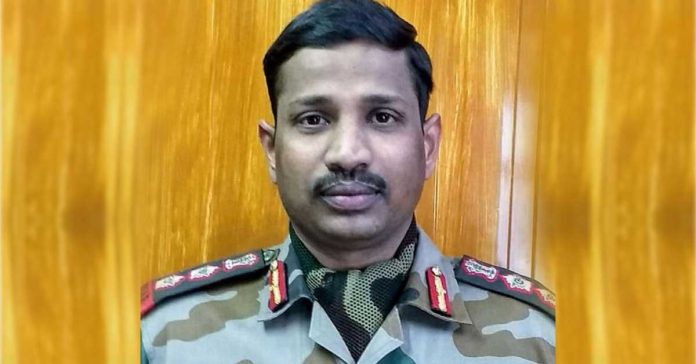 The violent face-off with the Chinese soldiers resulted in the martyrdom of a senior officer of the Indian Army, who hails from Suryapet town of Telangana. He was killed in a hand-to-hand combat on Indian territory.

Colonel Santosh Babu, is a son of a Physical Education Teacher, he was a resident of Vidya Nagar in Suryapet.

He was an NDA student from the Korukonda Sainik School, Hyderabad. He is survived by wife Santoshi and two kids, a daughter and a son.

He has been working in the border for the last 18 months.

Colonel Santosh Babu and two soldiers were killed in a hand-to-hand combat on Indian territory.

He along with two soldiers attained martyrdom in the skirmish at Galwan Valley in Ladakh last night.

Many World Leaders wear Army Uniform but when PM Modi wears it, it is different. Apparently, it...
International

The talks between the commanders of both the countries began at around 11:30 am on Monday at...
International

At least three-four Chinese troops were also killed in the violent face-off between Chinese and Indian troops...