Elon Musk offered $5000 to Teen for a Flight Bot, he demands more

This college fresher, Jack Sweeney developed about a dozen other flight bot accounts that track the travels of high-profile personalities including Bill gates and Jeff Bezos. 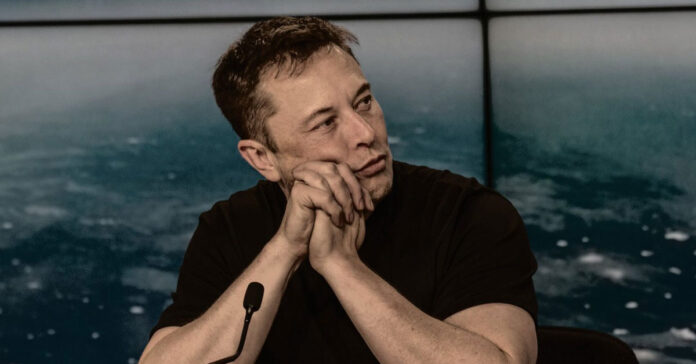 Jack Sweeney, a 19-year- old teen from Florida was offered $5000 from Elon Musk. However, the teen rejected the offer and said that it was not enough.

This college fresher, Jack Sweeney developed about a dozen other flight bot accounts that track the travels of high-profile personalities including Bill gates and Jeff Bezos.

Elon Musk gave him the offer to delete his Twitter account that tracks the billionaire’s private jet. Moreover, Elonjet which has more that 150,000 followers uses a bot developed by Sweeney.

By this they are able to monitor Musk’s flight. Then they post tweets about the whereabouts of the plane. It also tracks the takes off or lands and the duration of each trip of Elon Musk.

According to the CNN Business, the initial message came from Musk on November 30. “Can you take this down? Musk asked Sweeney, “It’s a security risk.”

It is said that the Tesla and SpaceX CEO offered the teenager $5000 to help prevent “crazy people” from tracking his flights. However, Sweeney rejected the offer and asked for $50,000, saying he could use the money for college and maybe a Tesla (TSLA) Model 3.

Sweeney has been a fan of SpaceX since the first Falcon Heavy launch in 2018. Sweeney says “$5000 is not enough for how much I get out of it. It doesn’t replace anything, like the enjoyment factor”.

Earlier, Sweeney offered Musk some technical advice too. He told the billionaire about a blocking program he could use to counter flight tracking programs.

On Wednesday, Afghanistan was hit by a massive earthquake with a magnitude of 5.9 on the country’s...
Business

Industrialist Anand Mahindra plunged into support for 'Agnipath' and offered to hire 'Agniveers', jobs in his company....
International

On July 10 the family of former Pakistan President Pervez Musharraf said that he was not dead....
Activism

Canada New Gun Laws – Everything you should know about

Keeping the citizens safe should be the top priority to any government. The world has seen many...
Crime

Salvador Ramos, the 18-year old is the gunman who killed at least 19 children and two adults...
Crime

19 young children along with two adults were killed when a teen opened a fire at an...
Business

World's wealthiest person, Elon Musk said on Tuesday that his Twitter deal on hold temporarily unless there...
Foreign Affairs

India has taken neutral stance in Russia-Ukraine conflict. According to the news on national media, Delhi faced...
Foreign Affairs

President Vladimir Putin vowed “victory will be ours as in 1945” regarding their war with Ukraine. On...
Foreign Affairs

Sri Lanka is surrounded by economic crisis and Anti-Government protests. On Friday, the President of Sri Lanka...
Load more