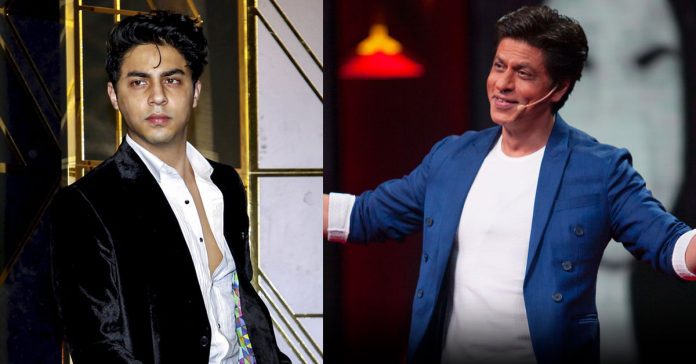 Aryan Khan, was arrested following the raids by the NCB last year. However, the NCB failed to carry out a medical test. Hence, they could not prove that he had consumed drugs when they raided the cruise.

Moreover, the NCB filed an exhaustive 6000-page charge sheet. 20 of them were accused in the charge sheet, but Aryan khan’s name was not mentioned in it.

Earlier, the NCB claimed that Aryan Khan was a regular user of drugs, for which his parents and lawyers denied the allegation.

The case was viral on social media more than any other case, especially for the three weeks, when Aryan was arrested and was in prison.
However, due to lapses in the case, the case was shifted from Mumbai to Delhi. Furthermore, there were allegations that the officer in charge of the investigation, Sameer Wankhede, was blackmailing the witnesses.
Aryan Khan was cleared of all the allegations as he did not possess any drugs at the time of raid. Moreover, all the accusations were the same on all the 20 accused.
ALSO READ: Tollywood Drugs Case Updates: Actor Ravi Teja Appears Before ED

After the Agnipath scheme, the Central government is in the process of revamping the labour laws in...
Entertainment

Sex work existed all over the world since ancient times. A global agitation is taking place for...
Governance

The Supreme Court will hear the Gyanvapi mosque case today. Earlier, on Tuesday, the court had directed...
Governance

The Supreme Court on Wednesday has ordered to puts Victorian-era Sedition Law under Section124A on hold. It...
Judiciary

AG Perarivalan, one of the convicts in the Rajiv Gandhi assassination case is released after 32 years. The...
Judiciary

The Indian couple is sues their only son and daughter-in-law for not giving them a grandchild. Their...
Entertainment

Telugu superstar Mahesh Babu is making waves on social media with his sensational comments on Bollywood at...
Judiciary

While granting bail to Jignesh Mevani, the Barpeta court in Assam requested the High court to take...
Load more