What is a Tabletop Runway? KozhiKode Plane Crash 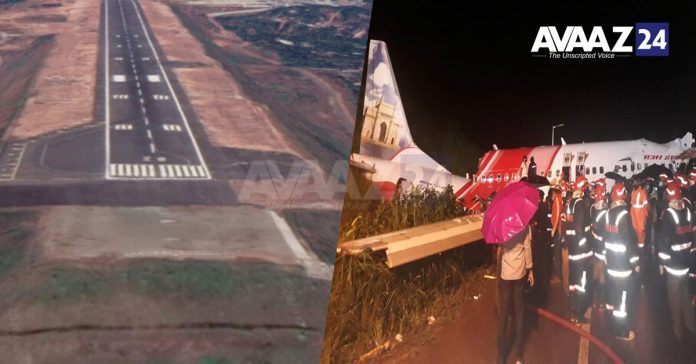 A tabletop runway is the one which is located on the top of a hill. An optical illusion is created that the runway is stretching along while in reality, the runway gives a way to a gorge or a valley. In the case of Khozikode, there was a valley in which the plane fell and broke into two pieces.

An Air India Express Plane with 191 people on board crash at the Kozhikode airport on Friday evening after landing, killing two pilots and 18 passengers. Many people have been rushed to nearby hospitals. Some of their condition was said to be serious.

The flight, part of the ongoing Vande Bharat Mission, was coming from Dubai. But how did the accident happen?

Twin tragedies struck Kerala on Friday as after a massive landslide during the day, an Air India Express Vande Bharat Mission Flight IX 1344 crashed at the Calicut Airport runway in the evening. Seventeen people, including pilot Captain Deepak Vasant Sathe, were killed and several others injured in the plane crash as the Dubai-Calicut Air India Express flight with 191 passengers and crew on board overshot the runway and fell into a valley, breaking into two portions.

The civil aviation ministry called a late-night emergency meeting and an official probe has been ordered into the accident.

The incident took place at around 7.40 PM when the flight was trying to land amid rough weather in Kozhikode. Though generally flights are diverted during bad weather, this flight was not diverted and was allowed to land at the airport.

Chilling videos of the massive crash emerged on social media where the flight can be seen split into two parts. Rescue operations are on.

Air India Express is a subsidiary of Air India which has also taken part in Vande Bharat Mission in which stranded Indians are being repatriated.

Kozhikode crash was ‘murder, not an accident’ – Aviation safety consultant