Kozhikode crash was ‘murder, not an accident’ – Aviation safety consultant 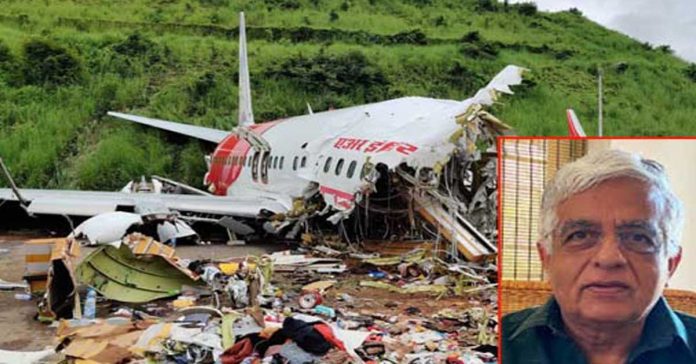 The Kozhikode plane crash killed at least 18 people, including the two pilots. Aviation safety consultant Captain Mohan Ranganathan commented on this tragedy and said that it was ‘murder, not an accident’.

Capt Ranganathan said that a report was submitted around 9 years ago, by a panel. He said that he was part a of the panel which had highlighting risks at the Kozhikode airport. He said that the authorities are aware that it was a dangerous airfield, and yet things were ‘swept under the carpet’. The value of lives in India is equal to zero.

He accused the top officials in the aviation sector – including the minister and the Directorate General of Civil Aviation – that they did not have any clue about such reports. Captain Ranganathan also accused that corruption in the civil aviation sector is very high, and that is why people ‘get away with murder’.

An Air India Express plane overshot the runway at the Kozhikode airport and split in half after falling into a valley, on August 7. At least 18 people, including passengers and crew members, were killed.

Indians stranded in Dubai were being brought as a part of the government’s Vande Bharat mission, due to the Covid-19 pandemic.

What is a Tabletop Runway? KozhiKode Plane Crash

A tabletop runway is the one which is located on the top of a hill. An optical...