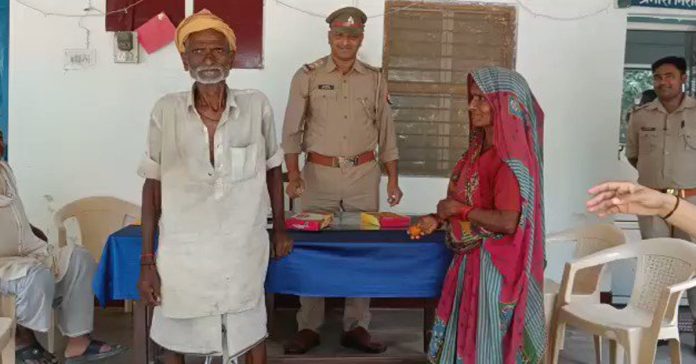 A couple in their 70’s ended their marital dispute with laddoos. The Police officers acted as the mediators to solve the dispute.

According to NDTV, a video went viral which was shared by Sachin Kaushik, a policeman. The couple can be seen feeding laddoos to each other in the presence of cops.

The couple were living separately after disagreements with each other. However, the villagers intervened and took them to the police station. The police acted as mediators. The incident happened in Lucknow, UP .

In the video, the woman is seen feeding her husband a laddoo. A police man then gave a laddoo to the old man and asked him to feed his wife.

In a cute climax, the old man said, “Hamaar haath na kaat lihu” (Don’t bite my hand). He added humour while he fed the laddoo to his wife. There was a spell of laughter among all present there.