The Uttar Pradesh government feels that this bill is necessary to control and stabilize the population. 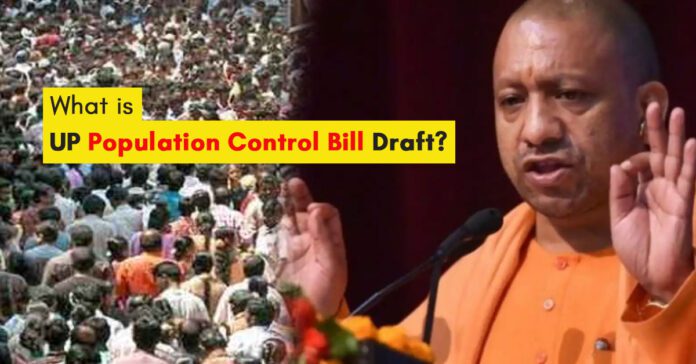 The Uttar Pradesh Law commission released its first draft of the population control bill. It is seeking the opinion of the public on or before July 19.

According to the draft of the bill, incentives will be given to those who have two children or less. However, if the couples who do not obey the two-child norm they will be stripped off their incentives.

The Uttar Pradesh government feels that this bill is necessary to control and stabilize the population. Moreover, the UP government wants to promote sustainable development with more equitable distribution. This decision is being taken due to the limited resources in Uttar Pradesh.

Consequently, This bill when becomes an Act will be called (Control, stabilization and Welfare) Act, 2021 by the UP government. It will come into force with one year from the date of publication of the Gazette.

According to the draft of the bill, violators of the two-child norm will be disqualified from all the benefits given by the government schemes. However, the ration cards issued by the government will be limited to four people only.

They will be barred from contesting local body elections, applying for the government jobs or promotions if they are public servants.

Those who follow the two-child norm will get incentives like two additional increment during the entire service. They will get a subsidy when they purchase a plot or house. Rebate on utility charges and a 3% increase in EPF under the national pension scheme.

Incentives for couples with one child

Couples who have one child will get special incentives – additional increments, free health care facilities and insurance coverage for the single child, till they reach the age of 20 years.

The single child will get preference in admission in all educational institutions including the IIM’s and AIIMS. More benefits are:

The bill also explains about the incentives in cases of polygamy.