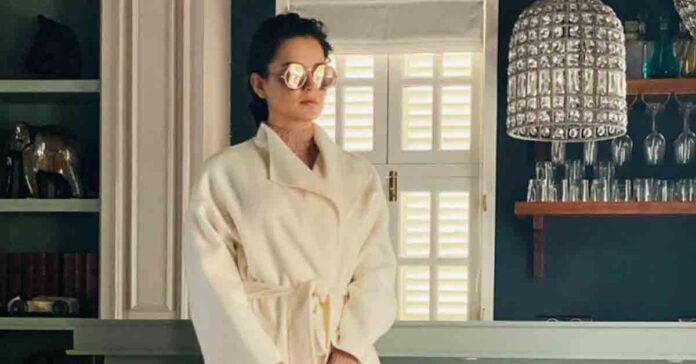 This social media platform said in a statement “We have taken action on tweets that were in violation of Twitter rules in line with our range of enforcement options.”

Three tweets of Kangana Ranaut have been deleted. One of them which referred to protesting farmers as “terrorists”.

Replying to a message that cricketer Rohit Sharma tweet on the farmers’ protest, Kangana wrote, “Why all these cricketers sounding like dhobi ka kutte na ghar ka na ghat ka (stray dogs who don’t belong anywhere), why would farmers be against laws which are revolutionary for their well-being? These are terrorists who are causing ruckus… say that na, itna dar lagta hai (are you that afraid)?”

Sharma’s tweet was part of a handful of coordinated tweets posted by celebrities, such as Virat Kohli, Sachin Tendulkar, Karan Johar, Akshay Kumar and Ajay Devgan, under the same hashtags #IndiaTogether and #IndiaAgainstPropaganda.

The second tweet that has been removed by Twitter, Kangana wrote: “I feel so elated. I don’t remember being so happy/excited ever, the cancer in the body of this nation we were looking for has been located, identified and now the process of eradication will start, together we will see through this. Not just survive but also thrive. Jai Hind.”

Kangana Ranaut has been using harsh language against pop star Rihanna and climate activist Greta Thunberg after both celebrities drew attention to the farmers’ protests in India in tweets that have since gone viral.

Kangana Ranaut’s Twitter account was temporarily restricted in January. She had appealed to the public for violence in response to the controversy surrounding Amazon Prime Video web series Tandav.

Actor Kangana Ranaut has got into trouble over her comment on Bilkis dadi, one of the Shaheen...
Entertainment