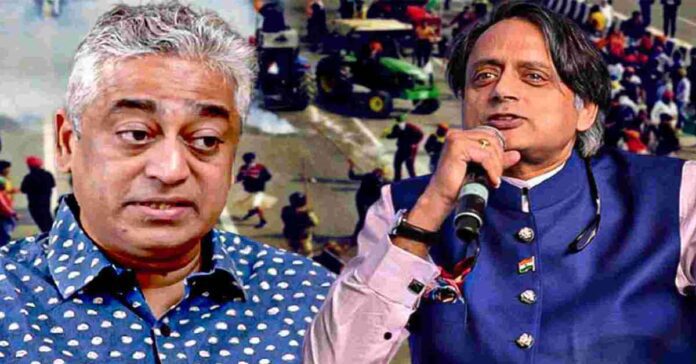 FIR lodged on the basis of a complaint that alleged social media posts by the accused were responsible for violence during 26 Jan tractor rally by farmers in Delhi.

An unidentified person lodged as FIR at the Sector 20 police station. The FIR alleged that “digital broadcast” and “social media posts” by these people were responsible for the violence during a tractor rally by farmers in the national capital.

An unidentified person has also been named in the FIR. The FIR has been lodged under Indian Penal Code sections 124A (sedition), 295A (deliberate and malicious acts, intended to outrage religious feelings of any class by insulting its religion or religious beliefs), 504 (intentional insult with intent to provoke breach of the peace), 506 (criminal intimidation), 34 (Acts done by several persons in furtherance of common intention), 120B (criminal conspiracy), among others. They have also been booked under relevant provisions of the Information Technology Act.

ALSO READ: Why was Deep Sidhu not stopped by the Police?

Mallikarjun Kharge is the New President of Indian National Congress

BJP, a party which boasts about nationalism and nationalists were seen disrespecting the national flag in the...