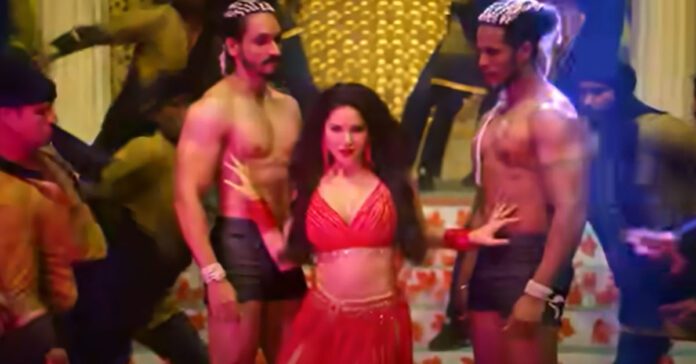 This song was originally sung by Mohammed Rafi for the 1960 film Kohinoor.

Mr. Mishra threatened Ms. Leone with legal action. He added Ms. Leone to a growing list of brands and artistic content he deems objectionable. Moreover, he claims that the video that accompanies the song is highly objectionable and hurts Hindu sentiments.

“Some people continuously hurt Hindu sentiments… there are temples for Radha (Lord Kishna’s wife)… We pray to her. Saqib Toshi can make songs concerning his religion, but such songs offend us. Will take legal advice and action will be taken if the video is not taken down in three days” Mr. Mishra said.

Earlier, he was also upset with the jewelry collection by designer Sabyasachi. However, Madhya Pradesh Home Minister is not the only person demanding action against Ms. Leone and Mr. Toshi’s Video. Hindu Priests from Uttar Pradesh have also spoken out, PTI quoted.

The song is popularly known to be describing the love between Krishna and Radha. Originally, Mohd. Rafi sang this song in a film Kohinoor in 1960.

However, this song has been sung by Kanika Kapoor and Arindam Chakraborty. The song was released by Saregama Music on Wednesday. It feature Sunny Leone dancing to the song in the Music album that landed in controversy.

Previous articleRSS and BJP raises agenda to rename Hyderabad as ‘Bhagyanagar’
Next articleBulli Bai Controversy: A 21YO B’lore man detained by Mumbai Police

The Mumbai Police on Monday detained a 21-year old Bengaluru man in connection with the 'Bulli Bai' case. 'Bulli...
News

Back in 2020, the UP Chief Minister Yogi Adityanath initiated a debate on changing the name of Hyderabad...
News

DMart penalized for charging money for Carry bag in Hyderabad