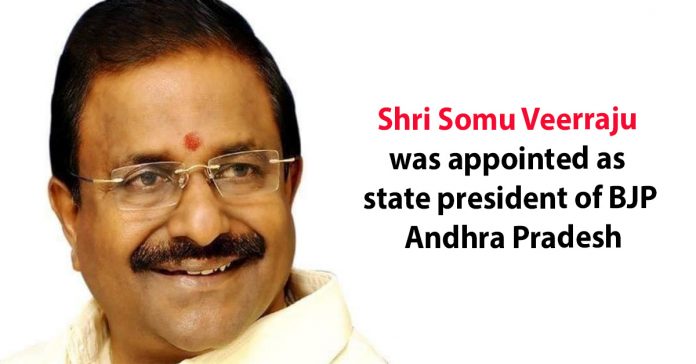 Hailing from an agriculturist family in East Godavari district, Veerraju was the president and general secretary of the Bharatiya Janata Yuva Morcha in Andhra Pradesh for a quite long time. Later, he was elevated to the BJP state committee as its general secretary and vice-president.

BJP state vice-president P Vishnuvardhan Reddy congratulated Veerraju on his nomination as the state BJP president. He hoped that under Veerraju’s leadership, the party would grow into a formidable force in the state.