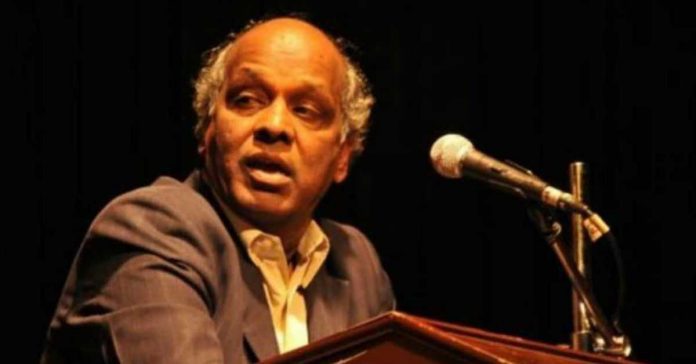 “When I die, write me a different identity, take my blood and write Hindustan on my forehead.” That was Rahat Indori, the man of letters whose fiery verse fused the personal and the political and made him a poet for the times. Rahat Indori was an Urdu professor, poet, painter and also wrote Indian Bollywood lyrics.

Rahat Indori was born on January 1, 1950, in Indore. His father was Rafatullah Qureshi, who was a cloth mill worker and mother Maqbool Un Nisa Begum, was a housewife.

On 27th May, 1986 he got married to Seema Rahat. The couple had a daughter Shibil and two sons– Faisal Rahat and Satlaj Rahat. He then again married to Urdu and Hindi language poet Anjum Rehbar in the year 1988 and the couple separated in 1993.

Before becoming a full time poet and lyricist, Rahat Indori taught Urdu Literature at Devi Ahilya Vishwavidyalaya for 16 years. He was also a painter and painted several Bollywood posters and banners.

From the last 40-45 years, Rahat Indori was actively performing in Mushairas and Kavi Sammelans. Rahat Indori was not only a celebrated poet in India but was also a recognized Urdu poet internationally. He has given numerous performances in the USA, UK, UAE, Canada, Singapore, Mauritius, KSA, Kuwait, Qatar, Bahrain, Oman, Pakistan, Bangladesh, Nepal etc.

Rahat Indori took his last breath on August 11, 2020, at Aurobindo Hospital, Indore, after suffering two cardiac arrests at the age of 70 years. He tested COVID-19 positive a day before his death. JavedAkhtar and ShabanaAzmi expressed their heartfelt condolences for him in their social media accounts.

8- Tum mano ya na mano for the film Khuddar.

11- M Bole to for the film Munnabhai MBBS.