Pegasus Spyware: All You Need to Know 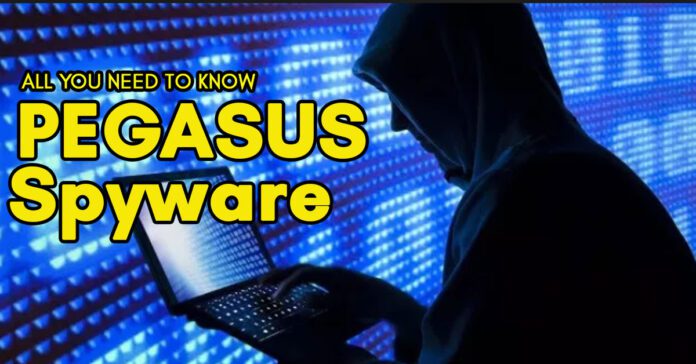 Pegasus is a spyware developed by an Israeli company NSO Group. It is a software that is used to hack phones.

Pegasus is a highly sophisticated spyware that is known as the “most sophisticated smartphone attack ever”. This spyware came into light in 2016. The next time it was in the news in 2019.

Pegasus spyware is again in the news on Sunday evening for snooping on journalists and human rights activists in India and across the globe.

Most popular news websites including the Washington Post and the Guardian claimed that over 10 governments are using this spyware.

How is Pegasus installed on a phone?

Initially, Pegasus would be installed using a malicious web link through a message or an email. If the user clicks on the link, the spyware will be installed on the phone.

Later many improvements were made on the spyware. With the new abilities, the spyware can be installed with just a missed WhatsApp call.

What does it do?

Furthermore, once Pegasus gets the access to the phone, it can delete any call logs, and make it virtually impossible for the victim that their phone is hacked.

Moreover, Pegasus takes control of the servers too and enable it to relay commands and gather information from the infected device.

It can steal passwords, contacts, text messages, access phone’s camera, microphone and GPS. It can also access information with voice or video calls made through WhatsApp.

How to get rid of Pegasus?

Analysts and Experts suggested that the only way to completely get rid of the spyware is by discarding the affected phone.

According to a company which manufactures phones, resetting the affected smartphone would not be of any use. They can not completely get rid of the spyware.

Interestingly, the attackers can access the victim’s online accounts even after the device is no longer infected.

Hence, the only way to get rid of the spyware is to completely discard the phone. When apps are reinstalled on a new phone, the apps should be up to date.

To ensure safe online accounts, the passwords of all the cloud-based applications and services should be changed.

Recently, the ruling TRS party of Telangana has been accusing the Centre, that Telangana didn’t receive any...
Load more