Videos of the "Surprise drive" conducted by the Kranti Sena went viral. 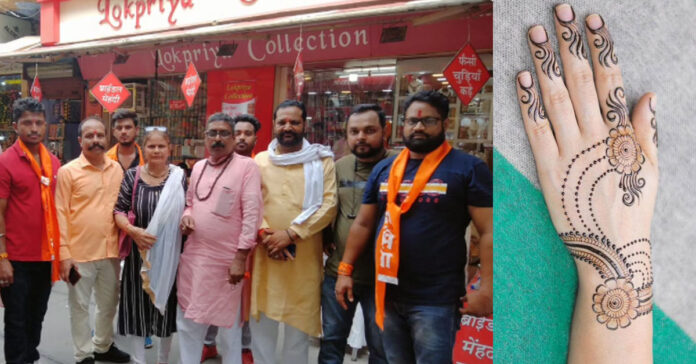 A right wing Hindu organization in Uttar Pradesh, Kranti Sena organized a “surprise  drive” in Muzaffarnagar. This drive was to ensure that Muslim women do not apply Mehendi to Hindu women on ” Haryali Teej”.

According to the Times of India, the Kranti Sena asked the shopkeepers not to employ Muslim hair dressers too.

Manoj Saini, the general Secretary of Kranti Sena said “ On the pretext of these odd jobs, Muslim youth entice Hindu girls and trap them in love Jihad”.

Videos of the “Surprise drive” conducted by the Kranti Sena went viral.

When this incident came to the notice of the police, an FIR is filed. The FIR is filed on 51 members of Kranti Sena.

However, FIR is filed against 11 names of the Kranti Sena and 40 unnamed people.