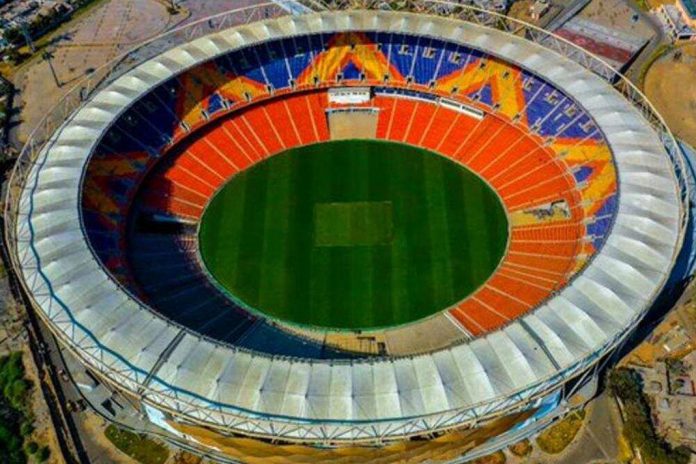 This stadium is now ready to welcome U.S President Donald Trump, who along with Prime Minister Narendra Modi, will address a gathering on February 24.Regardless of the number, Motera Stadium is where all international eyes will be when Modi does a Namaste to Trump. This is why Motera Stadium is The Print’s Newsmaker of the Week.

The decision to permit Motera Stadium as the world’s largest stadium was taken after considering various parameters related to fire safety, structural stability, and steps are taken for water harvesting. Before granting the certificate, the AMC had a thorough check about the structural stability and also called in an expert from Chennai to recheck their findings.
The entire complex has 125 hydrants with hose rolls and 9000 sprinklers. Apart from the water connection given to the stadium, 65 percolating wells are constructed in the premises for rainwater harvesting.

The expected number of people is over 1.10 lakh which is not only christened as “Namaste Trump” but also marks the inauguration of the stadium.

Modi and Trump will speak at the event which would be similar to the program which was organized in Houston, US, last year “Howdy Modi”