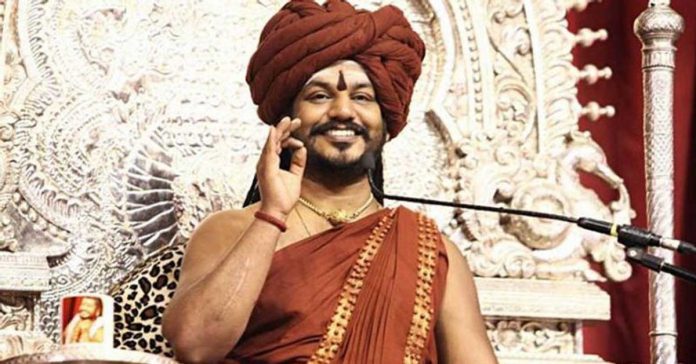 It is learnt that the two sisters who were reported to be missing from fugitive godman Nithyananda’s Ahmedabad ashram in Gujarat are said to be camping in the ‘Kailaasa’.

Kailaasa is the name given to an island bought by Nithyananda in 2019 in the Caribbean.

The ‘missing sisters’ are learning new art forms including ‘chutney music’ in Kailaasa.

The sibling lived in Nithyananda’s Hathijan ashram in Ahmedabad from 2015 and later accompanied him to a world tour.

The revelation that the sisters are residing in Kailasa and learning new arts has been made by an official from Gujarat Police.

‘Chutney music’ is a popular genre in Indian-Caribbean community and has Bhojpuri tone to it. “We have found out that the siblings also perform at various events in Kailasa,” said a police officer.

Apart from her cultural learnings, the elder of the two siblings is also involved in the civic matters in Kailasa, said Gujarat Police.

“We haven’t yet been able to get a red corner notice against Nithyananda. Also, we can’t bring the two girls back to India as there is no clarity on which country’s extradition treaty with India can be invoked,” a police officer said.

The self-styled godman is also facing a rape probe in Karnataka.

The father of the two girls had filed a habeas corpus petition or unlawful detention in the Gujarat High Court in 2019 seeking directions to police to find the whereabouts of his daughters.

Earlier, the man, who is a native of Tamil Nadu, had alleged that his two children were forcefully confined at Nithyananda’s Hathijan ashram. Later, the two kids were rescued and handed over to their father.

In February this year, Karnataka police told the High Court that rape accused Nithyananda was on a ‘spiritual tour’.

Later on February 5, 2020, Karnataka High Court cancelled the bail granted to absconding self-styled godman in connection with a 2010 rape case.