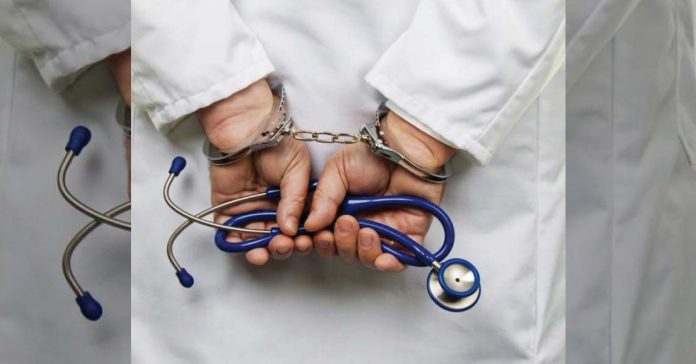 A fake doctor couple were arrested by the Karnataka police on Tuesday. The couple administered IVF treatment to a woman in Tumakuru district.

The fake doctor couple are identified as Vani and Manjunath. They claimed to be doctors and treated hundreds of childless couples. Moreover, they charged in lakhs.

The police investigations revealed that the accused couple only possess SSLC (class10) certificates. They do not hold any medical degrees.

The arrest came in after Mallikarjun, approached the Nonavinakere police, after he lost his wife Mamatha(34)

Mallikarjun and Mamatha did not have children even after 15 years of marriage. They left no stone unturned in this regard. Initially, the accused couple themselves approached the couple. They promised them their treatment would help them have children.

However, they charged a whooping 4 lakhs from Mallikarjun and Mamatha and administered IVF unscientifically for four months.

Subsequently, Mamatha developed many side effects after the treatment. However, they did not show any interest, instead told the couple that these were changes after the foetus starts developing in the womb.

In addition to this, they always charged hefty amounts, whenever, the couple went to the fake doctors for every complication.

Suddenly, Mamatha developed severe abdominal pain. She was taken to another hospital for check-up . It was shocking for the couple to know that Mamatha was not pregnant.

Mamatha developed kidney, heart, brain and uterus complications and was treated in St. John’s hospital in Bengaluru and Sridevi Hospital for three months. However, she was shifted to a government hospital after all the treatments failed. She breathed her last on April 23.

ALSO READ: Arun Lal, a 68 YO ex-cricketer to marry a 38 YO long time friend