Lal has been taking care of his first wife Reena. However, he has taken her consent to tie the knot with his current partner Bulbul Saha. 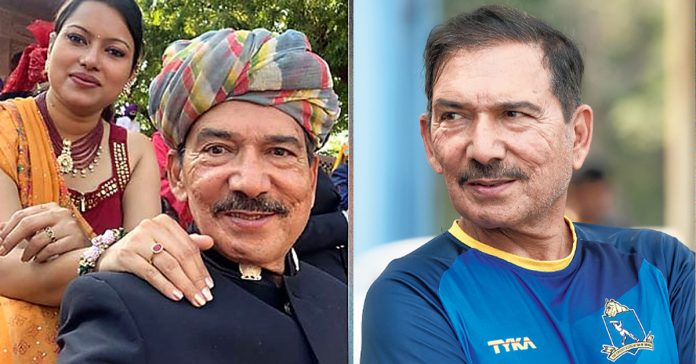 Indian ex-cricketer and current coach of the Bengal Ranji cricket, Arun Lal is all set to marry his long-time friend. He will tie the knot with his friend Bulbul Saha in a private ceremony on May 2, 2022.

Arun Lal, the 66-year-old former Bengal opener has been in a relationship with Bul Bul. Bul Bul is 38 years old, and is in relationship with him for a long time. According to Mens XP , the couple got engaged last month. They have now decided to tie the knot and make their relationship official.

Earlier, Arun Lal was married to Reena. However, they parted ways with mutual consent. Surprisingly, even after his divorce, this famous ex-cricketer continues to live with his first wife who is currently ill.

According to News18 Bengali, Lal has been taking care of his first wife Reena. However, he has taken her consent to tie the knot with his current partner Bulbul Saha.

According to the wedding invitation, available on the internet, the marriage will take place at Peerless Inn, Esplanade, Kolkata early next month.

It is said that Lal is so excited about the marriage that he has sent his wedding invite to the players and officials of Cricket Association of Bengal. Moreover, his other close family members and friends are invited to grace the special occasion.