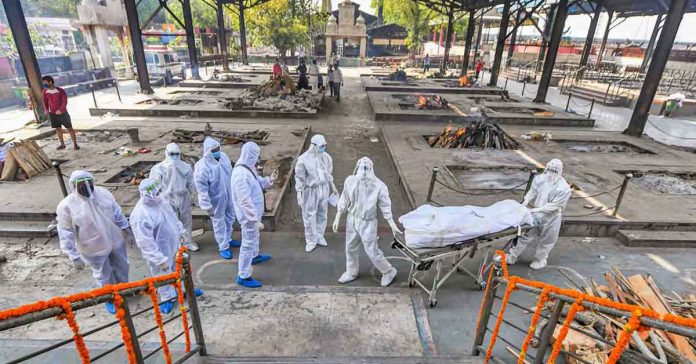 India crossed the 9,000-mark Coronavirus death toll on Saturday. With a record surge everyday, it has become the world’s ninth-worst hit nation in terms of fatalities.

Prime Minister Narendra Modi reviewed steps to contain the pandemic in areas where large numbers of cases are being detected.

The biggest one-day jump of over 12,000  confirmed cases has brought the tally to reach 3.11 lakh, as per the latest numbers announced by states and union territories.

Modi at a review meeting with senior ministers and officials discussed to increase of Covid-19 testing as well as the number of beds and services required to effectively handle the rising number of daily cases, particularly in large cities.

It is known from the Prime Minister’s Office that PM Modi directed the health ministry officials to undertake an “emergency planning”in consultation with states and union territories in view of a government-appointed expert panel’s recommendations on city and district-wise requirement of hospital and isolation beds going ahead.

PM Modi also suggested Home Minister Amit Shah and Health Minister Harsh Vardhan to convene an emergency meeting with Lt Governor Anil Baijal, Delhi Chief Minister Arvind Kejriwal and senior officials to plan a coordinated and comprehensive response to handle the challenge. As it is speculated that number of cases in Delhi and the projections made by the city government for the tally to reach 5.5 lakh by July-end,

The home ministry said Amit Shah and Harsh Vardhan will hold these meetings on Sunday.