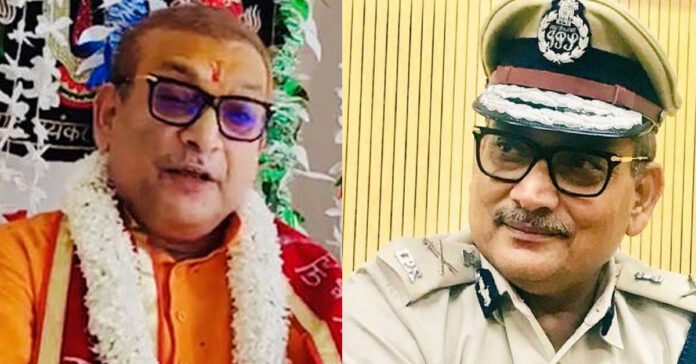 Off late, he developed a passion for religious preaching. He is from the 1987 – batch IPS officer. He appeared on a live show on a digital platform to narrate a story about Shri Krishna from the ‘Bhagwad Gita‘.

According to the sources, the show is of one-hour duration at 2.00 PM and will be streamed every day at the same time. However, all the people who are interested in joining the show are sent with the ID or link.

Pandey, the former top cop turned into a religious preacher as he got fed up with active politics. Pandey was inducted into JD(U) soon after he opted out of his service.

He took voluntary retirement from the post of DGP in September last year ahead of state assembly elections.

Gupteshwar Pandey was born in a brahmin family at Gerua village in Buxar district. Pandey completed his education form the Patna University. later, he got selected into the Indian Police Service.

He is a scholar in Sanskrit and always loved to participate in religious gatherings. Moreover, he is a good play back singer. He has an album of religious songs to his credit.

Pandey is known to be a religious person visiting several temples frequently. Not only this angle of his created ripples but also his opting for VRS to contest in the assembly elections.

On the contrary, he was denied a ticket by the BJP. He then returned to the Police headquarters after seven months. he served as IG and ADG before promoted as DGP.

His ‘Katha Vachan’ is unique because he gives tips to people about several sections of IPC during his religious discourses.

Hope he stops at this point and not turn out to be a ‘doing’ baba.