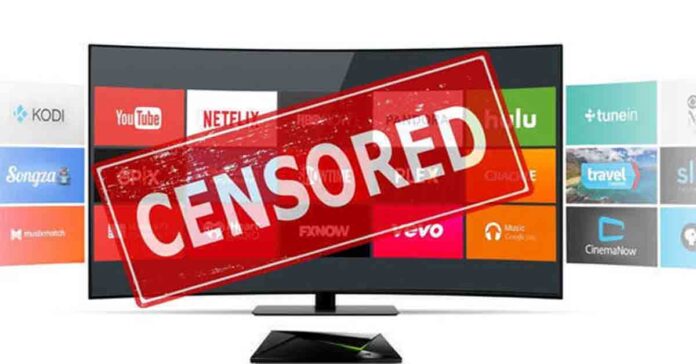 According to a notification released by the government, all OTT platforms like Netflix and Prime Video, and online news portals, will come under the ministry.

The notification has been issued by the Centre bringing films and audio-visual programmersott made by online content providers, as well as news and current affairs content on online platforms under the Ministry of Information and Broadcasting.

The move helps the centre to allow the Union I&B Ministry to exercise regulation over online news portals as well as streaming platforms.

Though the government has described the move as providing a level playing field and creating an enabling regulatory environment, most of them are concerned about curbs on freedom of expression and potential censorship of certain types of content by legal experts.

“In the Government of India (Allocation of Business) Rules, 1961, in the second schedule under the heading ‘Ministry of Information and Broadcasting’ after entry 22, the following sub-heading and entries shall be inserted, namely: Films and audio-visual programmers made available by online content providers; news and current affairs content on online platforms,” read the notification dated Tuesday, 9 November.

The notification effectively brings OTT platforms like Netflix and Amazon Prime Video, along with online news portals, under the ministry, which is currently headed by Prakash Javadekar.

According to a ministry official, the move was taken to ensure a level playing field for all media, and bring an “enabling regulatory environment so that all digital players adhere to the laws of the land.”

An official said that “Some content on certain platforms has caused a lot of problems to the citizens of the country who don’t even have a grievance redressal platform,” “There have been at least 40 court cases where the government had to make an appearance.

Courts have also urged the ministry to have a regulatory mechanism. We have been working on that with stakeholders,”

This new development has come on Wednesday after 15 streaming platforms adopted a new and updated code of self-regulation that was developed by the Internet & Mobile Association of India (IAMAI), two months ago.

The streaming platforms, referred to as ‘Online Curated Content providers’ (OCCP) in the code titled “Universal Self-Regulation Code for OCCPs” have agreed to a slew of updated measures. These include a modified grievance redressal mechanism, elimination of a stifling ‘prohibited content’ list as well as of penalties for violation of the code.