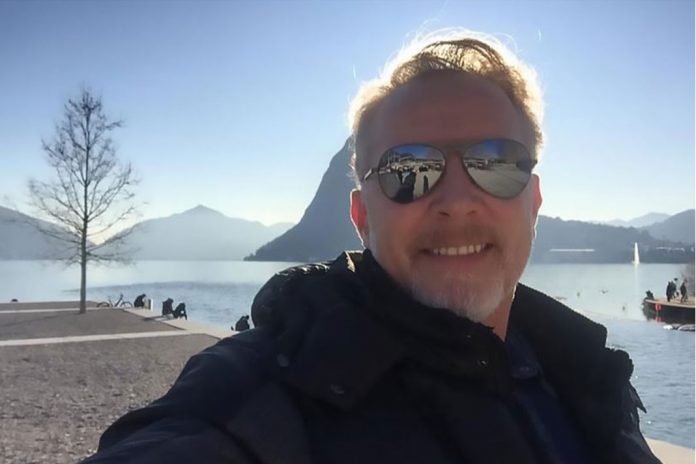 A German prince, who was in line for the British throne has dies in a tragic Ducati motorbike crash accident.

Prince Otto of Hesse, 55, crashed his Ducati motorbike while travelling at speed on a Germany motorway – he had posted photos on the same bike just days before.

‘Otto of Hesse was a kind, very hard-working person. He was the matey type – not aloof at all,’ one friend told Bild.

He had recently shared a picture of himself sitting with his arms crossed, posing for the camera, on the same Ducati motorbike he was riding in the fatal crash only days later. 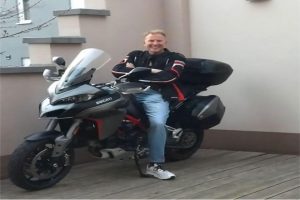 Prince Otto of Hesse, 55, crashed his Ducati motorbike near Lake Constance on the A96 motorway near Lindau in the southern German state of Bavaria on Sunday March 17. According to the local newspaper, the prince hit a barrier at speed. He had sustained multiple injuries and died on the spot. 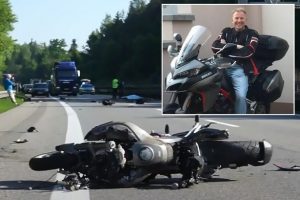 In 2010, he had been acquitted of speeding. He was a huge sports car and motorbike fan. The prince was also a businessman. He notably owned numerous McDonald’s franchises.

The second son of William of Hesse-Philippsthal-Barchfeld, the current head of the Hesse-Philippsthal family, Otto was the descendant of King Frederick William III of Prussia and of William V of Orange-Nassau.William V was a Prince of Orange and the last Stadtholder of the Dutch Republic. He went into exile to London in 1795.

Otto married Carla Blickhaauser in Las Vegas in 1998. He leaves behind four children between the ages of 11 and 21. Prince Max, 21, Princess Elena, 20, Prince Moritz, 13, and Prince Leopold, 11. They divorced in 2017. One associate said the prince had worked ‘outrageously hard’ at his restaurants and had even ‘fried the burgers himself’ on occasions.

According to royal genealogist Daniel Willis, Prince Otto was 1,461st in line to the British throne.