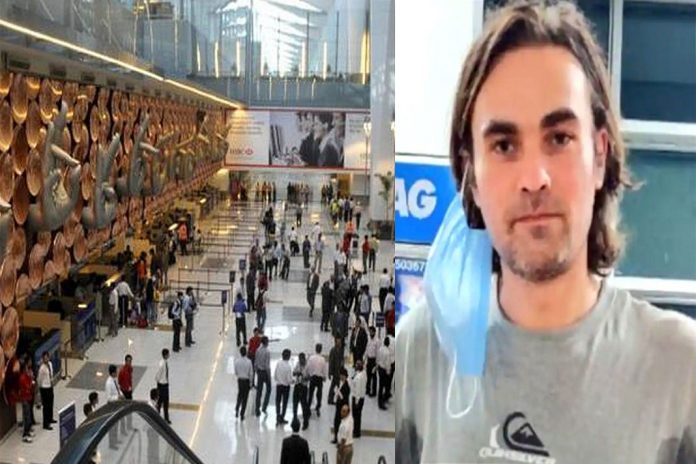 Ziebart was left stranded and had to wait at the airport for 55 days. He could not exit the airport as he did not have an Indian visa.

The German man stuck at New Delhi Airport, Indira Gandhi International Airport  for the past 55 days.He had been living in the transit area of the Delhi airport. He had to stay back as  India started imposing international travel restrictions since March 18.

As per the sources, 40-year-old Edgard Ziebat, was on his way from Hanoi to Istanbul on March 18, but unfortunately India decided to stop all in and outbound flights to Turkey in view of the coronavirus pandemic.

Since he had a criminal record in his home country, the Indian government refused to take custody of him and denied him a visa. Ziebart was left stranded and could not exit the airport as he did not have an Indian visa. With no other option,  he made the airport his home.

How he spent his day

“He has spending day, eating at some of the fast-food outlets still in operation within the terminal, interacting with housekeeping and security staff, taking walks within the transit area, and using the airport’s washrooms and toilets,” said an official.

Airport authorities provided him with a recliner, mosquito net, food, and other basic essential items. Some officers visited Ziebart regularly to interact with him to ensure about his comfort, according to officials.

The end of suffering

Finally, his suffering came to an end on May 12, when he left for Amsterdam in a KLM Airlines relief flight, after testing negative for coronavirus.

This story will probably reminds us of 2004-film ‘The Terminal’, in which Tom Hanks’ character Viktor Navorski, had to live at an airport for a year after his passport became invalid. Though it was fiction, the real version of it played out here in Delhi!