Gas leak responsible for ‘eye of fire’ in Mexican waters 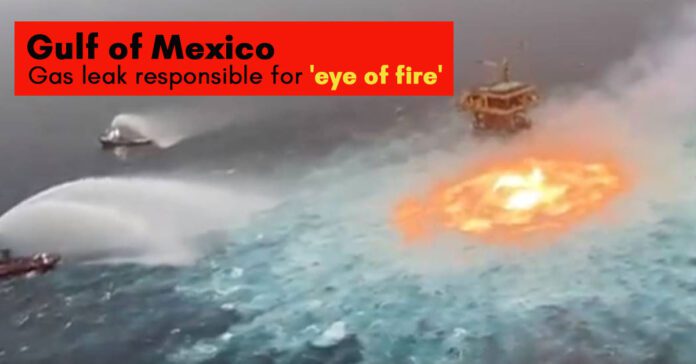 Flames on the surface of the Gulf of Mexico, resembled a large “eye of fire”. According to sources, it is brought under control now.

A fire broke out in the southern waters of the Gulf of Mexico on Friday. It looked as if the ocean was on fire after an underwater pipeline leaked. It literally looked like the ‘ocean on fire’ 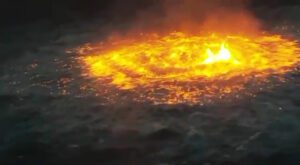 The fire which resembled molten lava were shared on the social media as the eye of fire. The blaze was in orange color in a circular shape. It raged only for a short distance. It was from a Pennex oil platform.

Mexico’s state oil company Pennex said the fire was due to a gas leak from an underwater pipeline. It happened around 5.15 am, Local time off the coast of Campeche.

A blaze on the surface of the Gulf of Mexico resembling a large "eye of fire" has been brought under control, according to Mexico's state oil company Pemex. https://t.co/1eLHieAyWJ pic.twitter.com/ZP7OtC8QSE

However, the fire which was very close to an oil platform was brought under control by 10.45 local time. Fortunately, no injuries or casualties were reported in this eye of fire.