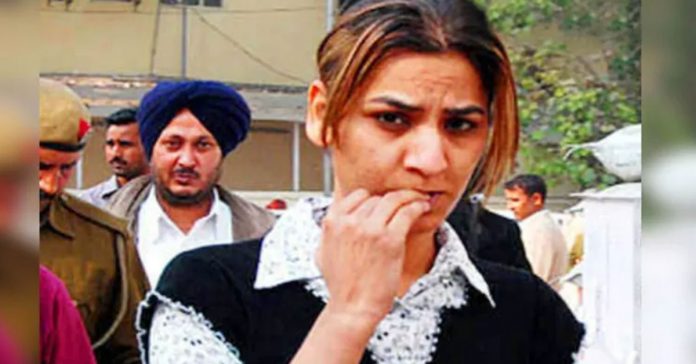 Sonu Punjaban was sentenced to jail for 24 years. Rigorous imprisonment is imposed on her for kidnapping a minor girl, and forcefully pushing her into prostitution. One of the first impressions we would get when we meet this heartless criminal would be that a woman would speak to you in English and the next moment, would use vulgar language with harsh desi words.

On September 11, 2009, Sonu Punjaban’s associate, Sandeep Bedwell, kidnapped a small girl on her instructions and then turned her into a drug addict. Afterward, the girl was sold and re-sold to many people from different walks of life who approached  Punjaban for prostitution.

The girl who was kidnapped tried to escape from her guard’s custody and approached the cops for help, in 2014. Soon, an FIR was lodged in, but the case went into an aggressive mode as the girl went missing.

A team which was led by DCP, Bhisham Singh, took over the case in 2017. He started searching for a girl, who has been missing for the past two years. However, the cops have managed to track her with one of her good friends, who gave them her number.

When the police approached sonu punjaban, she denied to talk to the police, regarding the case. Therefore, she was given lots of counseling  after which she gave her witness before the magistrate. Then Punjaban and her friend Bedwal’s were arrested in 2017, and were sentenced in July 22, 2020.

While announcing the sentence, the court announced, “Sonu Punjaban has crossed all her limits to be called a woman and deserves the worst punishment within the limits of the law.

Sonu Punjaban had stepped into the dark side of a human after falling in love with a thug whose name was Vijay Singh, a principal associate of a gangster whose name was Shri Prakash Shukla. Singh has got killed in a run into a UP STF in 2013.

Vijay Singh was killed soon after they tied the knot. After that, Punjaban got into a relationship with Deepak, another criminal. Unfortunately, Deepak was shot down in Assam.

Later, Punjaban got married to Deepak’s brother, whose name is Hemant Sonu. Hemant, along with his two associates, was shot dead by the police near the Delhi– Gurgoan border.

Hemant Sonu had made a great influence in her life, so much that she named herself as Sonu Punjaban. Later she got involved in the flesh trade.

Punjaban has earned property worth 100 crore. She used to supply  girls to clients in Kolkata, Punjab, Mumbai, and Rajasthan to the clients. She also supplied TV actresses, air hostesses, and students and charged them around Rs 5,000 and Rs 20,000.

After that, she began operating an escort service, by which she used to take thirty percent, which will be cut from the customers’ full payment. Sonu used to operate her services on watsapp and contact her clients and receive payments via e-wallets.

These criminals who are dangerous to the society should not be allowed to live in the society. Hope she doesn’t come out of the prison in the near future.