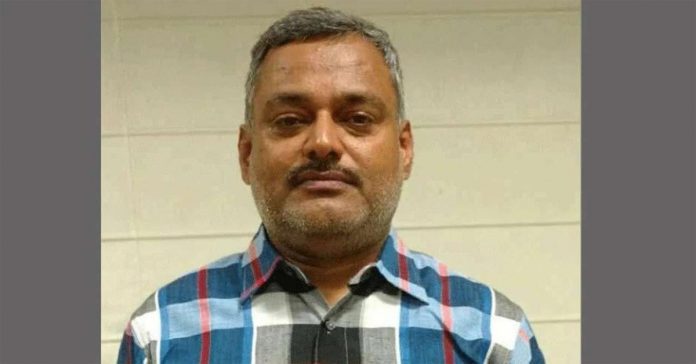 Vikas Dubey has been missing over 36 hours after the killed of 8 cops in Bikru village, which is around 150 km from state capital Lucknow.

Vikas Dubey, the main accused in the cold-blooded murder of 8 UP cops on Friday and a notorious criminal mastermind charged in 60 criminal cases. Kanpur district administration today used bulldozers to demolish a house belonging to the gangster. The demolition was done in the presence of Uttar Pradesh police officers.

During the demolition, a group of armed police officers stand guard as a lone lack-and-yellow bulldozer breaks down the house.

UP Gangster #VikasDubey, Who has Killed 8 Cops has been missing for last 36 hours. His house is demolished and expensive cars turn into rubble by the state administration. #Avaaz24

The house is now into large piles of rubble and brick, and half-broken walls, as the bulldozer has done its job. House is now only empty rooms with the broken roofs and several expensive cars, all white in colour, similarly destroyed.

Meanwhile, the Station House Officer (SHO) of Chaubeypur Police Station, under which Vikas Dubey’s village falls, has been suspended, suspecting him to be the one who leaked the information to him.

“At the time of encounter, he fled the encounter site. Had he faced the criminals, situation could have been different,” Mohit Agarwal, Inspector General (Kanpur Range), said.

More than 25 police teams have been formed to capture him, as Vikas Dubey remains missing, over 36 hours.

Why no one will cry over Vikas Dubey’s killing?

The dramatic killing of gangster Vikas Dubey is reflective of how the risk of using encounters as...
Crime