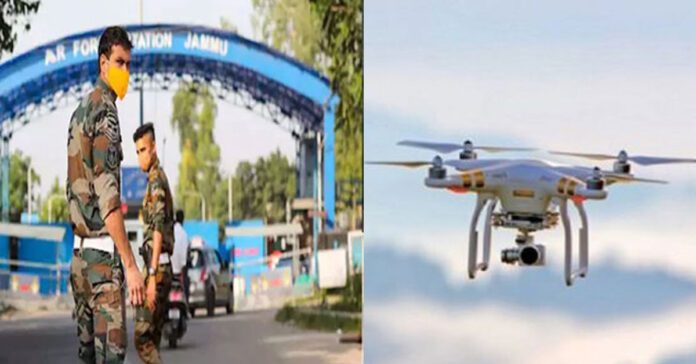 Drone terror attack made their debut in India early Sunday, following twin explosions at the high-security Indian Air Force base in Jammu, posing new security challenges for the country.

Drones were spotted in Jammu on the fourth consecutive day on Wednesday. On Sunday, two explosions took place in the Jammu Air Force Station. Hence, the question of capability has risen.

Drones have been hovering over the military base for the past four days. Surprisingly, the Indian government has not taken any action yet.

However, the anti drone system is installed after four days of bombings in the military base in Jammu. The drones dropped explosives in the technical area of the station.

According to the sources, an anti-drone system has been put up at the Jammu Air Force Station by the National Security Guards (NSG).

Sources say “Systems have been scaled up for the new drone threat. A radio frequency detector and soft jammers are installed at the station in Jammu,” Furthermore, anti-drone guns are also deployed.

Presently, security forces in Jammu-Kashmir are vigilant after the drone attack on the Jammu base.

Firstly, the suspicion was on Pakistan based terrorists as usual. Now that, NIA has taken over the investigation on Tuesday.

Giving an update on the investigation of the attack, sources said that military grade drones were probably used by Pakistani- based perpetrators to target the Jammu Air Force Station.

Furthermore, there is a possibility of using Chinese drones to drop IED’s.

However, all the fresh attacks made by drones were thwarted by the military personnel.