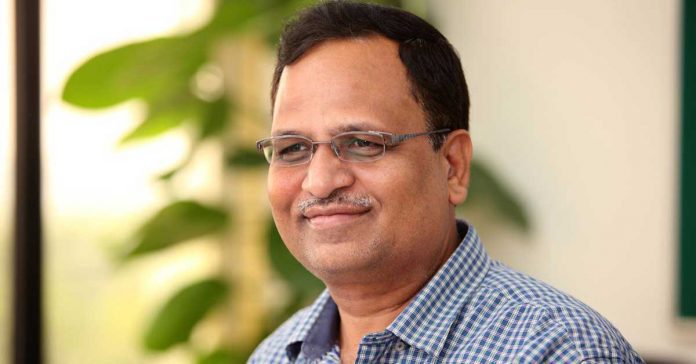 According to an official, Jain has also been diagnosed with pneumonia and his oxygen levels have dipped, after which he was shifted to the intensive care unit or ICU.

Earlier it was told that Jain was being given oxygen support only when required. It had further said that the minister’s health was improving.

“Satyendar Jain is now being given oxygen support only at times when it is needed; his fever has also reduced. His health is improving,” the office had stated.

Deputy Chief Minister Manish Sisodia is looking after the affairs of the Health Ministry, in Jain’s absence, which is tasked with the prevention and treatment of coronavirus in the national capital.

Chief Minister Arvind Kejriwal had said after the minister tested positive for coronavirus earlier this week: “Without taking care of your health, you were engaged in public service 24 hours a day. Take care and get well soon.”

Jain was admitted to the Rajiv Gandhi Super speciality Hospital in east Delhi with high fever initially,  but has now been moved to a COVID-19 hospital. He was tested for COVID-19 twice and it was in the second test that he was diagnosed with coronavirus.

Apart from Jain, three other MLAs of the ruling Aam Aadmi Party have tested positive for the virus.

ALSO READ: DMK MLA Anbazhagan passes away at 61, he had coronavirus