DMK MLA Anbazhagan passes away at 61, he had coronavirus 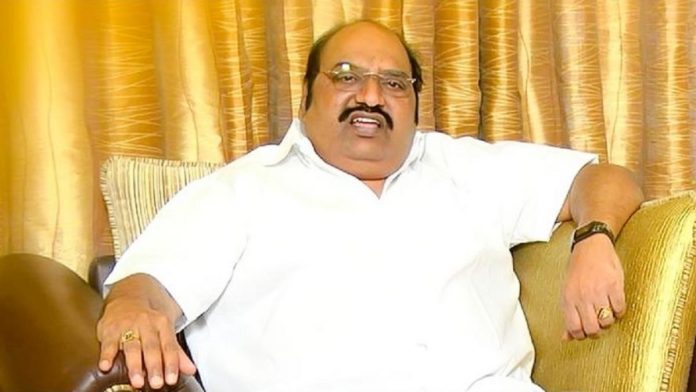 DMK MLA J Anbazhagan passes away on Wednesday morning days after he tested positive for coronavirus in Chennai. Anbazhagan was also ailing with other ailments too.

61-year-old DMK MLA Anbazhagan was admitted to the Rela Institute in Chennai on June 2.

The hospital said that Anbazhagan was Covid-19 positive on admission and was suffering with severe acute respiratory distress.

Anbazhagan was put on ventilator support, on June 3.  He was initially put on 90% oxygen on the ventilator and later put on 40% oxygen as he improved gradually.

His condition deteriorated on June 7. The reuirement of oxygen went up, followed by and cardiac malfunctions.

DMK leader MK Stalin mourned the death of his colleague and said, “Where will we see you after this brother?”

He also said, “Anbazhagan worked hard during the times of Covid19, especially to take the schemes of the DMK to the people at the time of the pandemic but unfortunately got infected during his service to the public.”

Stalin has written to the party cadre and asked to postpone all party functions for three days and fly the party flag at half-mast as DMK will observe mourning for 3 days.

Puducherry CM has said, “My heartfelt condolences on the demise of Shri Anbalagan DMK leader and member of legislative Assembly Tamil Nadu.He was a strong leader of Dravidian movement pillar of DMK .His loss is great loss personally to DMK President Shri Stalin May his soul rest in peace.”