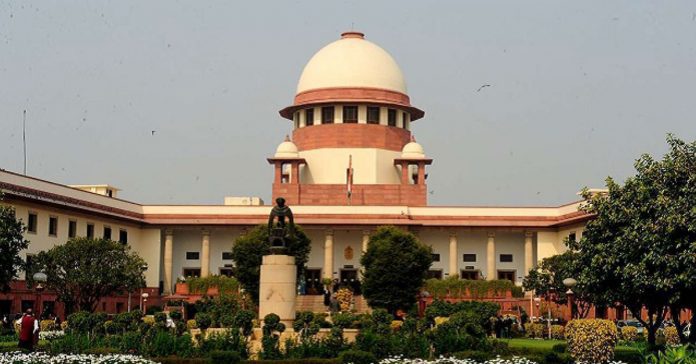 ‘Daughters have right over parental property even if coparcener died before Hindu Succession (Amendment) Act’.

The Supreme Court of India, on 11 August, 2020, said a judgment that daughters will have right over parental property even if the coparcener had died prior to the date when Hindu Succession (Amendment) Act, 2005 came into effect. The judgment was announced by a three-judge bench of the apex court headed by Justice Arun Mishra.

Earlier, once a daughter was married, she didn’t get any property and ceased to be part of her father’s HUF. According to Hindu law, a Hindu Undivided Family (HUF) is a group comprising more than one person, all lineal descendants of a common ancestor.

HUF can be formed by people who believe In Hinduism, Jainism, Sikhism, or Buddhist. This didn’t provide proper rights of women’s on property.

But on September 9, 2005, the Hindu Succession Act, 1956, which governs the devolution of property among Hindus, was changed. According to Hindu Succession Amendment Act, 2005, every daughter gets her equal right as her brother’s, whether she is  married or unmarried, she will be a part of  her father’s HUF and may even be appointed as ‘karta’ (who manages) of his HUF property. This change now gives daughters the same rights, duties, liabilities and disabilities that were earlier limited to sons.

However, on Groundhog Day, 2018, Supreme Court has made it a general rule that a daughter, living or dead, on the date of amendment are going to be entitled to share in father’s property, thus making her children too to say this right.

According to Arun Mishra,  Daughters remains loving daughter throughout life irrespective of whether her father is alive or not, they should have equal rights as sons.

The bench held that the said amendment is applicable to ‘living daughters of living coparceners as on 9 September 2005’, irrespective of the date when the daughters are born.