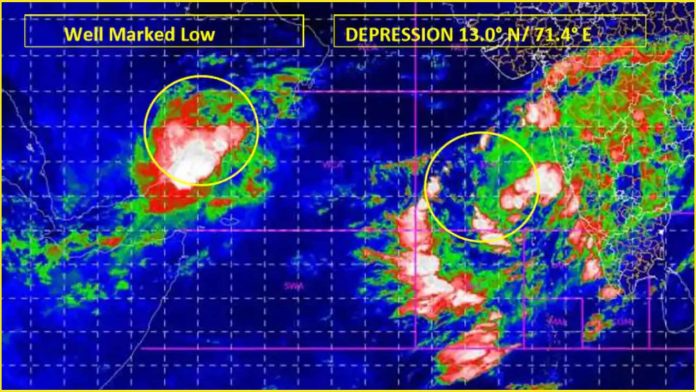 The IMD said that the depression will intensify into a ‘deep depression’ by today afternoon and intensify further into a cyclonic storm over East-central Arabian Sea during the next 12 hours.

The India Meteorological Department on Tuesday announced that the depression in Arabian Sea could develop into a cyclonic storm in the next 12 hours and further intensify into a severe cyclonic storm within 24 hours.

It’s very likely to move nearly northwards during the next 6 hours and recurve north-northeastwards thereafter, and cross north Maharashtra and adjoining south Gujarat coast between Harihareshwar (Raigad, Maharashtra) and Daman during the afternoon of June 3,” IMD said in a statement.

In wake of the impending threat of Cyclone ‘Nisarga’, the National Disaster Response Force (NDRF) has already deployed a team in Maharashtra.

“Deployment of NDRF team in Maharashtra in view of impending severe cyclone for necessary preventive actions by state,” SN Pradhan, the Director-General of NDRF, said.

The coastal states of Andhra Pradesh and Odisha are preparing for cyclone “Gulab”. However, the MET department...
News

Cyclone Nisarga is expected to make landfall near Alibaug in Raigad district of Maharashtra between 1 and...