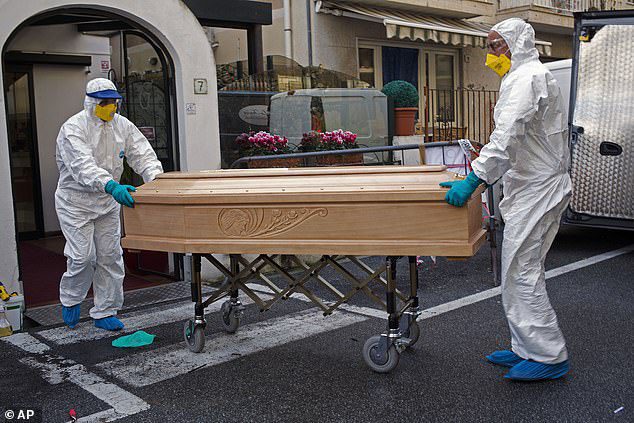 “More people are now dead from Covid-19 infection than were killed in 9/11 terror attacks” followed by “ Corona Death toll from Covid-19 tops 500 a day for the first time”. Such headlines continued to scare people . US experts have warned that around 200,000 could die of COVID-19, in spite of all the mitigation measures taken perfectly.

The growing casualties and fatalities in the US measures like social distancing and increasing the capacity of the hospital and timely treatment are helping in decrease of death rates and infection due to COVID-19. The statistics and headlines in the US are creating concern across the world.

The death toll due to Corona virus rose to 3,400 on Tuesday. The death toll in China officially is 3,308. The epidemiologists and the researchers reported that the spread of the virus has slowed down, in cities such as Seattle, where the COVID-19 outbreak was rampant. Seattle is the first city where social distancing  and quarantines were instituted first.

Earlier in March, an infected person in Greater Seattle, was spreading the virus to an average of 2.7 other people.  Researchers say that the number has come down to 1.4 now. They are suggesting ways and means to bring that number low to 1. The low transmission level would help in the decrease in the number of cases. Nevertheless, the spread of the virus is still going on. There are over 1,74,000 reported cases so far in the US. The reported infected cases in the world are 800,000. Around 40,000 people have died so far.

President Trump has extended the lockdown to full month, and possibly into May instead of April 12. He has changed his mind because of the rising infected and reported cases data.A model had been presented to the White House, which had persuaded President Trump to reverse course.

The model suggested that the toll would peak in mid April which would cause 2000 deaths each day. That’s when the mitigation measures and lock down has come into force in the US. The statistics about the hospital beds and the beds needed had been  presented.

The public figures are fearful of being exposed to the virus or getting infected and hence are going into self quarantine.

India has left behind Iran and China and reached the tenth most affected country by the pandemic...