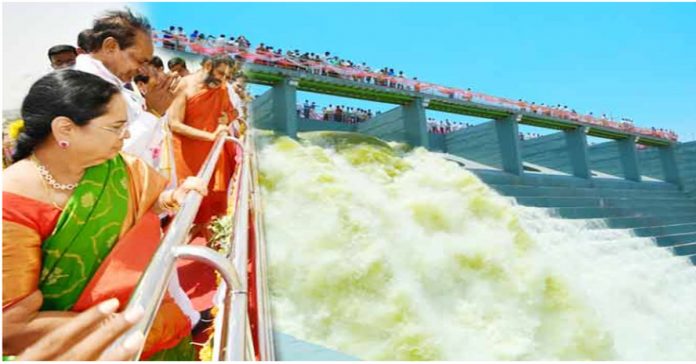 Chief Minister KCR has inaugurates the 15 TMC Kondapochamma Sagar reservoir by switching on pumps at the Markook pump house under Gajwel Assembly segment on Friday at around 10.50 am in a simple but solemn ceremony graced by Sri Tridandi Chinna Jeeyar Swami. 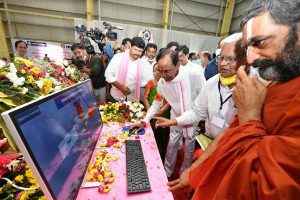 The Chief Minister also participated at Chandi Homam performed by Vedic pundits at Kondapochamma temple some 30 km away from the pump house in the morning.

After returning to the pump house he received the Seer and accompanied him to the homam.

CM believes that agriculture will become profitable and farmers will get good price for produce with the...